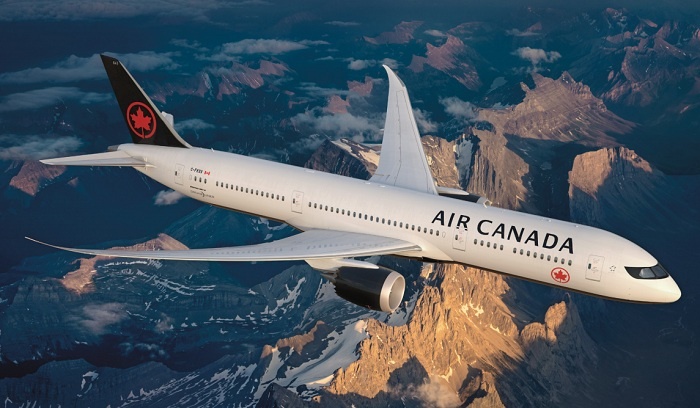 Air Canada has revealed plans to cut 5,000 jobs in the coming weeks as the carrier battles the impact of the coronavirus pandemic.

The airline, along with lost-cost subsidiary Rouge, has been forced to ground hundreds of international and domestic flights as travel comes to a virtual standstill.

The flag-carrier said it was cutting 3,600 employees from Air Canada itself and more than 1,500 from the discount carrier.

The cuts, which make up nearly 60 per cent of the total flight staff, will come in April.

The job losses mark the latest setback for airlines around the world which are collectively expected to lose more than US$130 billion in the coming months.

Dubai-based Emirates said earlier that it would ground the majority of its fleet from Wednesday.

Air Canada will halt the majority of its international services by the end of March.

The airline was among the 20 largest airlines in the world, and employs nearly 30,000 staff worldwide.

Employees were advised of the pending layoffs earlier and will learn their fate in the next two days.

The company has said the layoffs are temporary – and that most of those affected will return once the airline ramps up its operating schedule.

At least four flight attendants with the company have tested positive for the coronavirus.

Air Canada has also announced that, in collaboration with the Canadian government, it will operate two more special flights from Morocco.

These two additional flights are currently scheduled to operate on March 23rd and 25th from Casablanca to Montreal with a 450-seat wide-body aircraft.

“The Covid 19 pandemic has created an unprecedented crisis in the global aviation industry that is already having a significant impact on the air transport industry, travellers, shippers and the economy.

“Right now, our priority is to help Canadians who are abroad to return to Canada.

“The government of Canada is working with Air Canada to bring Canadians home from locations that are particularly challenging.

“I am pleased to see these flights beginning this weekend,” declared Marc Garneau, Canada minister of transport.