Australians urged to holiday at home to boost bushfire recovery 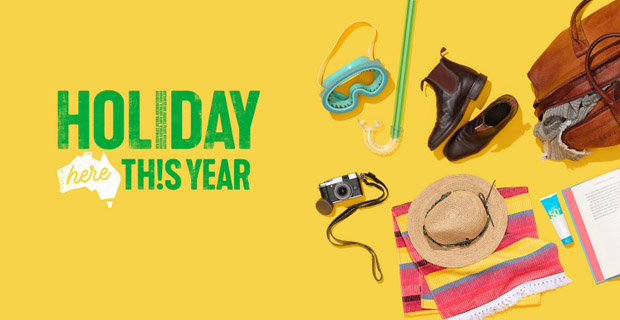 Australians are being encouraged to throw their support behind Australia’s tourism industry in the wake of the devastating bushfires by holidaying in their own backyard.

Tourism Australia’s Holiday Here This Year campaign launched today taps into the overwhelming goodwill and support for local communities impacted by the recent bushfires, by urging Australians to plan, book and take a domestic holiday and share their experiences with friends and online.

Supported through a $20 million government funding boost, the campaign forms part of a coordinated marketing push involving all states and territories that provides a unified platform to galvanise the tourism industry and Australians.

Tourism Australia Managing Director, Phillipa Harrison, said that the Holiday Here This Year campaign would help spread the important message that Australian tourism was open for business and ready and eager to welcome visitors.

Harrison said, “The desire from ordinary Australians to assist the communities impacted both directly and indirectly by the bushfires has been overwhelming. This campaign seeks to show them how they can directly support the recovery by simply holidaying here in Australia.”

“We are currently in the middle of the peak summer period and we’re already seeing an impact on tourism as people delay or cancel their travel plans, including areas that haven’t been directly affected. That is why we are asking people to commit to holidaying in their own backyard this year – whether it’s a drive up the coast, taking a trip interstate, or ticking off a bucket list destination – and to spread the word that Australia is ready to welcome more travellers. Holiday Here This Year is a practical way that Australians can help bushfire affected communities by filling hotel rooms, restaurants, caravan parks, beaches and more. The launch of the campaign is the first of a package of measures that we’ll be rolling out over the coming weeks and months to help Australian tourism rebuild and recover,” added Harrison.

The Holiday Here This Year campaign will be rolled out across print, social media, billboards across major cities, content partnerships, radio and outdoor advertising, with Australians being encouraged to demonstrate their support using the hashtag #holidayherethisyear.