Bischof takes up leadership of Eurowings 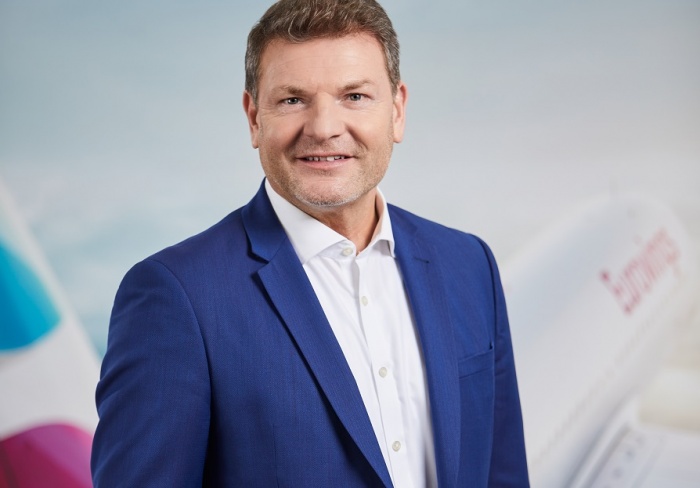 Jens Bischof has taken over leadership of Cologne-based Eurowings.

The 54-year-old will take over as chairman of the management board and chief executive of the second largest airline in the Lufthansa Group.

Bischof was previously chief executive of SunExpress, and succeeds Thorsten Dirks, who is now responsible for digital innovation on the Lufthansa Group executive board.

During a ceremony this morning Bischof said: “In just a few years, you have made Eurowings the clear number two in the country next to Lufthansa, the largest German holiday airline and one of the leading point-to-point carriers throughout Europe.

“Today, 28 million customers a year fly with Eurowings – and they have been flying super punctually with significantly increased customer satisfaction for months now.

“All of you in this room have my highest appreciation for this development.”

With more than 30 years of experience in the Lufthansa Group, Bischof is a passionate airline and tourism expert.

He began his career at Lufthansa Cargo back in 1990.

Since then, Bischof has held several senior positions.

From 2006 to 2011, for example, he headed Lufthansa’s passenger business in North and South America.

In the past three years as chief executive of SunExpress, he has successfully realigned the company, significantly expanded it and positioned it successfully in economic terms.