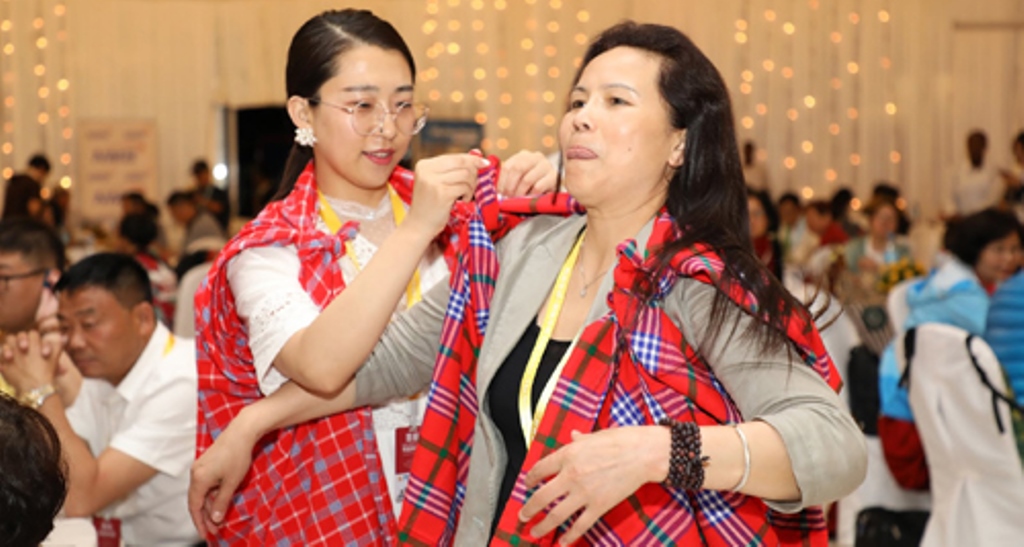 ON 13th May 2019, a large aircraft landed at Kilimanjaro International Airport (KIA) and disembarking from the Ethiopian Airline were 343 Chinese nationals comprising famous people, investors from 27 companies and 40 journalists.

However, close analysis revealed that the delegation to Tanzania stems from the long standing cordial diplomatic ties between Dar and Beijing, which dates back to the leadership of Mwalimu Julius Kambarage Nyerere and Mao Zedong- the Chinese communist revolutionary, who became the founding father of the People’s Republic of China.

In his remarks, while hosting the group for a gala dinner at Mt Meru Hotel, Prime Minister Kassim Majaliwa commended the tourists for choosing Tanzania as their preferred destination, assuring them of safety and bliss as the fountain of Tanzania apart from the natural resources.

The premier lauded Mr He Liehui, who chairs the Touchroad International Holdings Group for a job well done in marketing Tanzania’s attractions in China and making the trip possible.

“We are very grateful to the agent for making this a reality, Tanzania is one of the friendliest countries in the world, with hospitable people,” the PM remarked.

Due to Tanzania’s unique and distinct attractions, enhanced tourism promotion and marketing, and improved flight access, the total number of Chinese visitors was expected to increase, particularly after the 2019 – Coronavirus pandemic, which has had an enormous impact on global business.

Currently, the country receives about 5,000 Chinese tourists per year.

China has also been playing host to the Beijing International Travel Mart (BITM), a preferred platform for the international showcase of destinations, attractions, travel packages, products and services.

Tanzania has been enforcing marketing campaigns outside the traditional American and European tourism sources, through the annual expo.

It provides an important link between the rapid growing Chinese travel and tourism industry and the needs of the global tourist industry, including countries like Tanzania and other states which are taking tourism among their economic ventures.