Dark skies and designer lodges in the Ahuriri Valley 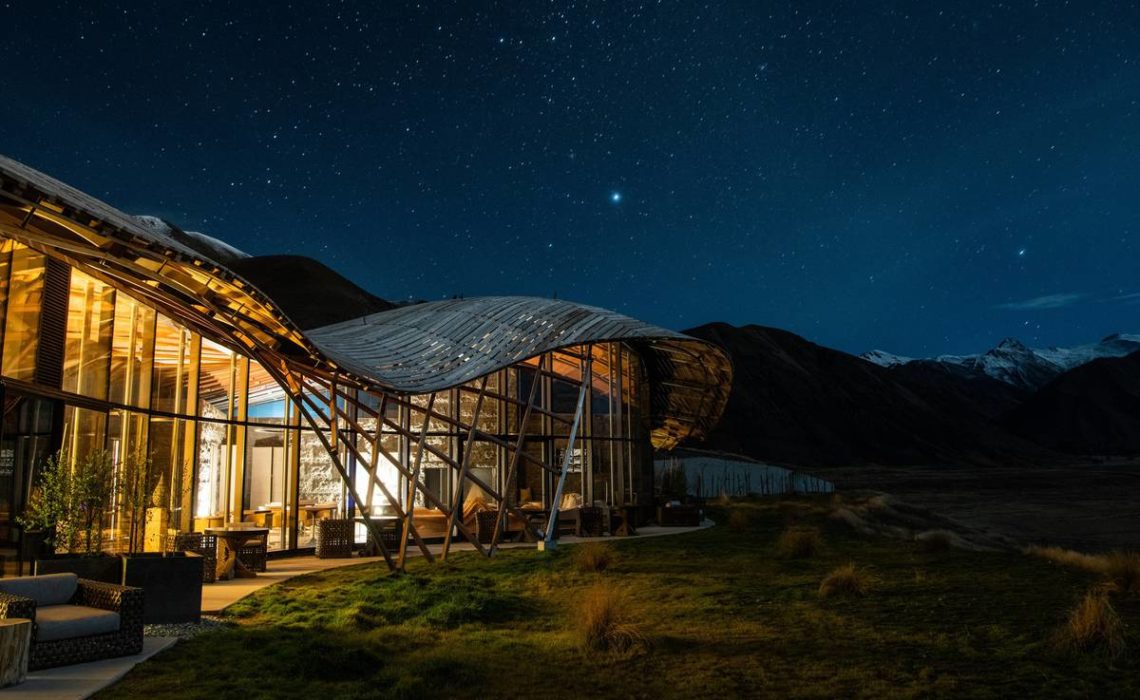 Wrapped up in a furry blanket with snug beanie and warm gloves in place, my eyes are glued to the dazzling night skies where stars, comets and galaxies stage a spectacular light show.

It’s definitely a star-studded event not to be missed, in some of the most unpolluted night skies in the world, near the historic Lindis Pass in the South Island’s remote Ahuriri Valley.

Even getting there is an adventure as you traverse some of the country’s most dramatic scenery surrounded by stark tussock-covered peaks and deep gorges. A short-lived gold rush to the Lindis River opened up the area in the 1860s.

My heart beats a little faster as I spy these astral wonders that puncture the inky black carpet overhead and I spot shooting stars darting around. 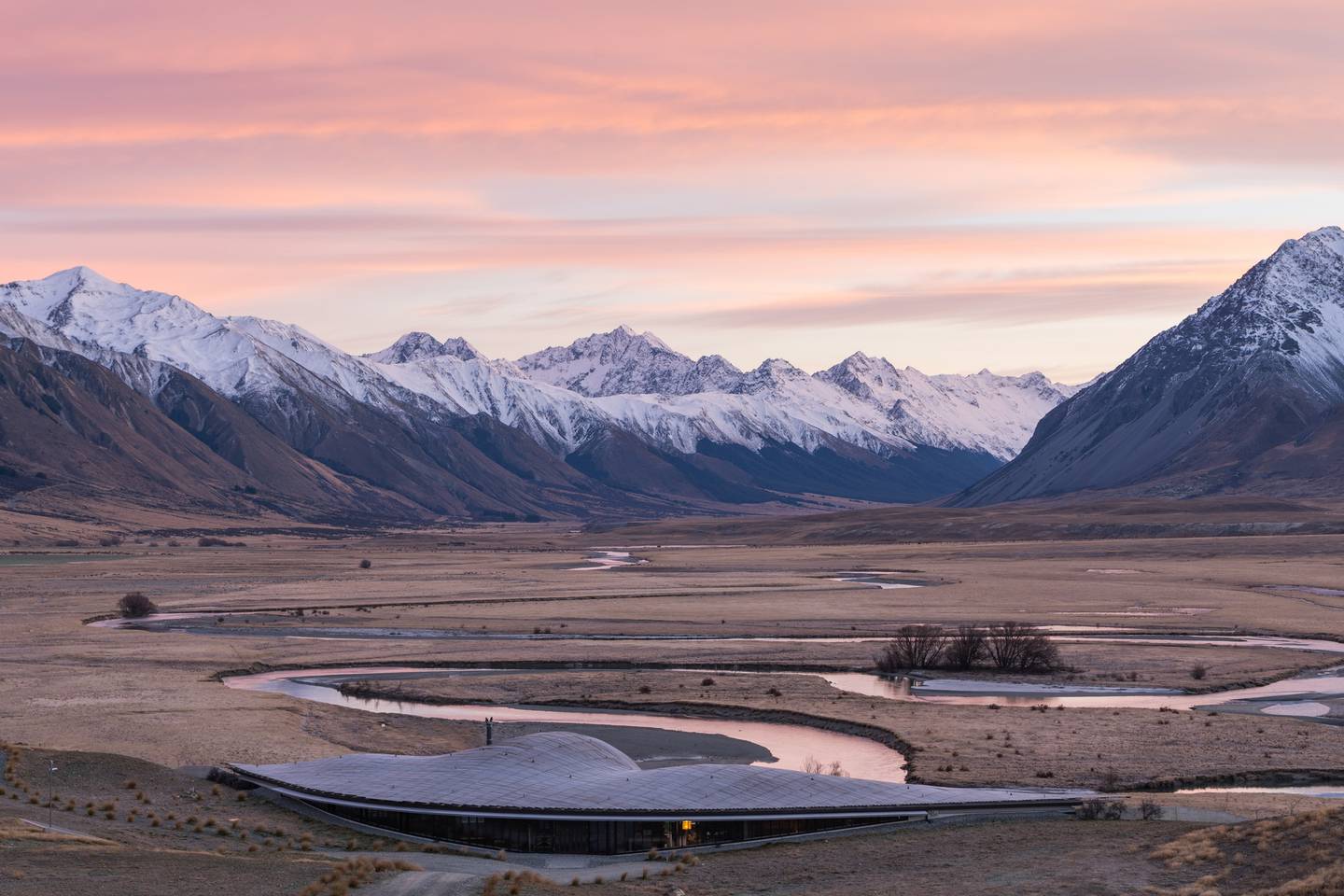 There’s no noise, no wind, just silence and those stars, and it’s simply sensational; a once in a lifetime experience.

Later, astrophotographer Rachel Gillespie, head guide of NZ Travel Adventure, shares her extensive knowledge of the night skies and its mysteries with guests of The Lindis. Located in high-country wilderness, the striking lodge matches the grandeur of the landscape with saw-edged mountains, the undulating hills of the Huxley Ranges and the trout-filled, braided Ahuriri River.

Away from light pollution, it is perfect for stargazing, whether you just want to just step outside your luxury cocoon briefly or join a private four-hour astro session with Rachel.

“You can see billions of stars by just standing outside, so it is a pretty special place for astrophotography and stargazing,” says Rachel, who fell in love with astro-tourism a few years ago. 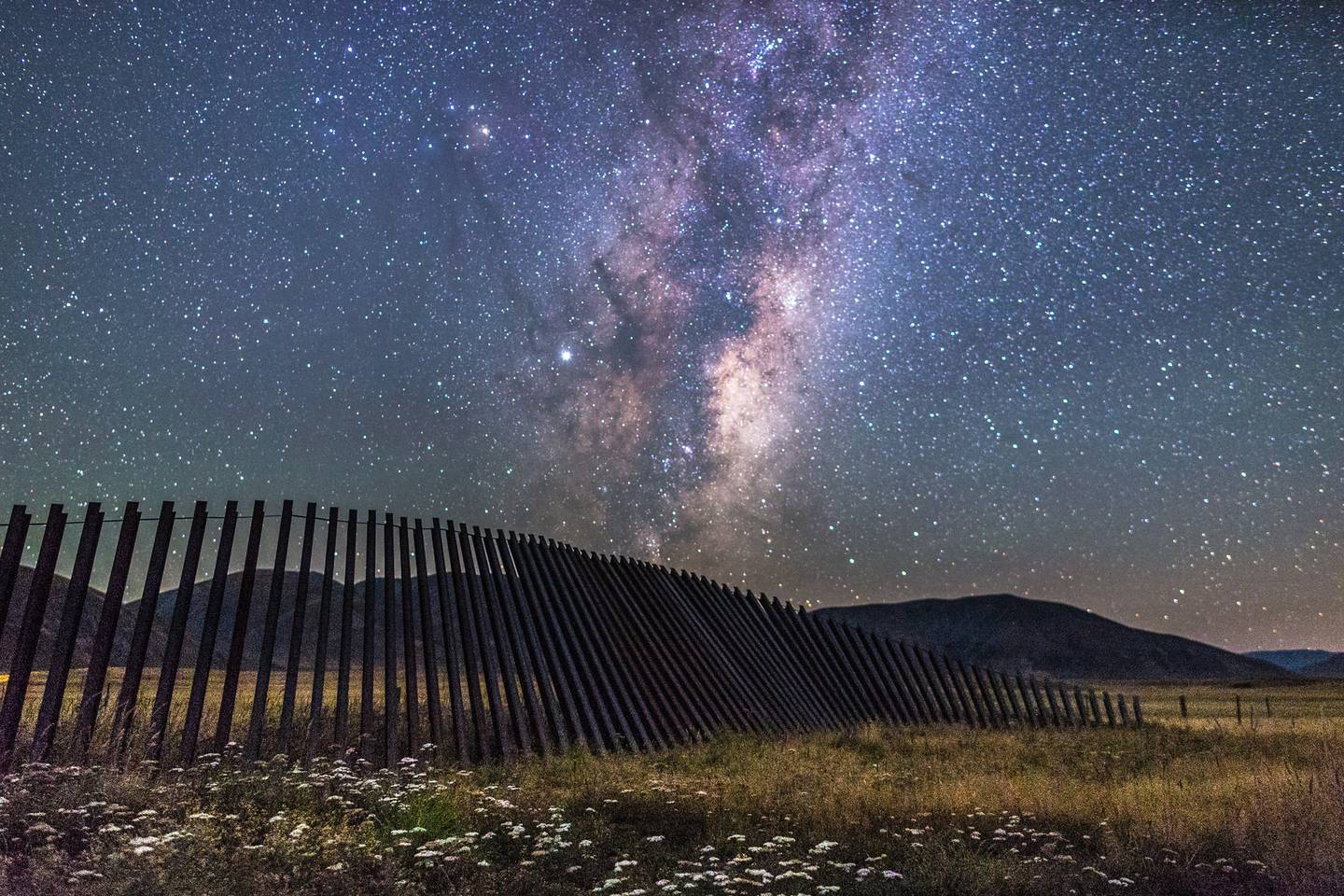 She knows the area well after spending many holidays camping and fishing with her family along the Ahuriri River.

The area falls just outside the designated Aoraki Mackenzie International Dark Sky Reserve where light pollution is strictly controlled. It is the only one of its kind in the Southern Hemisphere, and one of eight in the world. Rachel says however, the night skies around The Lindis are as dark if not darker than some spots in the reserve.

“It would have to be on my list of the top three places to see the New Zealand night sky with also a 360-degree view, so there are always photographic opportunities,” she says.

As we sip hot chocolate, I look up at the Milky Way, which is home to a gobsmacking 100 to 400 billion stars that all seem to be shining bright tonight.

“Depending on the time of the year you will see the Milky Way rising from the south east from the end of February into March which features our famous Southern Cross and Orion’s Belt – often called The Pot and you get that beautiful rising Milky Way Core,” Rachel says. 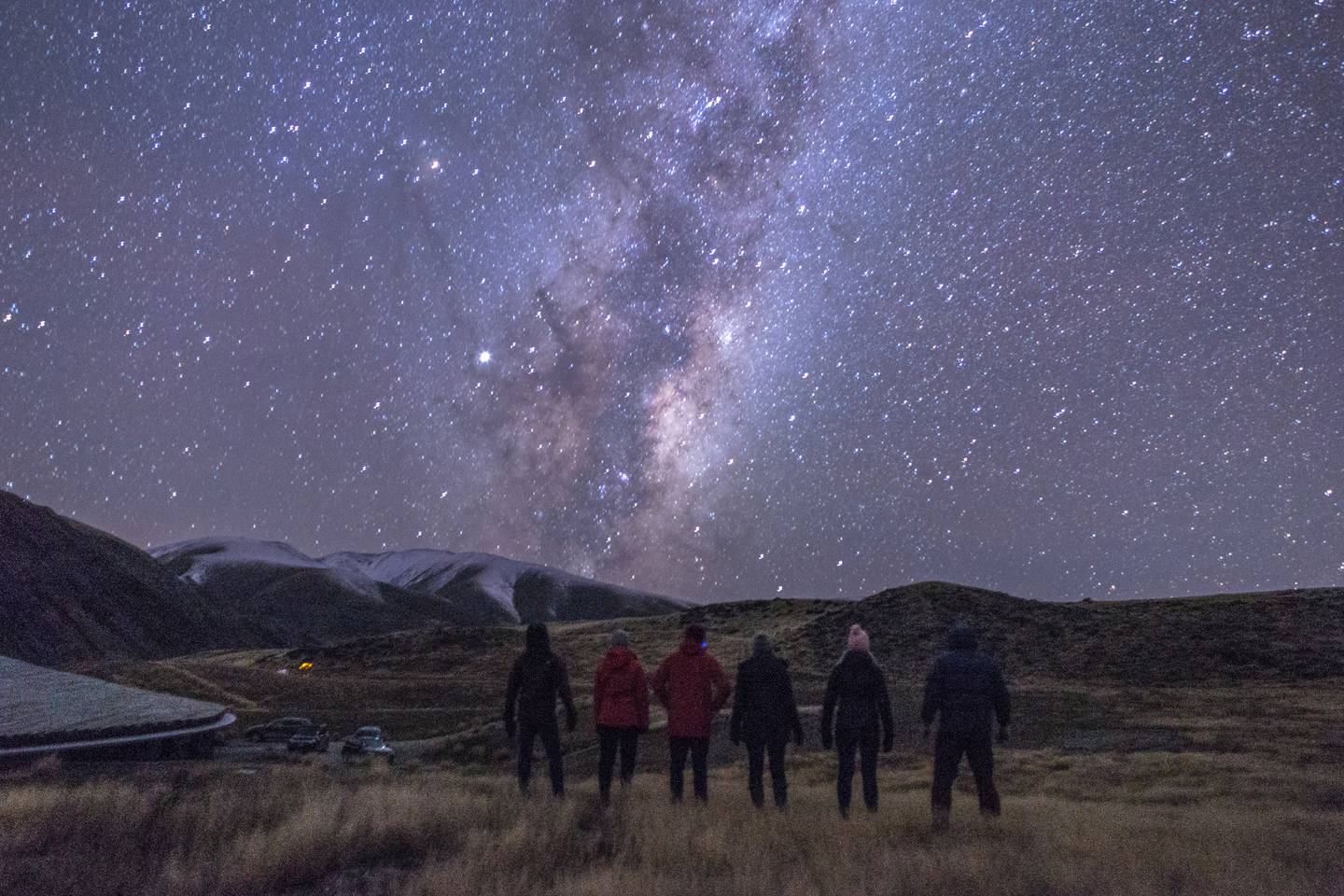 “Jupiter, Saturn, Venus and Mars can also be spotted at different times as well as smaller bodies like Antares and the Large and Small Magellanic clouds are also beautiful to see with the naked eye, along with the Milky Way.”

Rachel hopes guests gain a greater understanding of the importance of the universe and the impact humans have on it.

On the second night a vivid hot pink, blood red and purple sunset creeps across the horizon and I slip into a bubbling hot tub and gaze up once again, confident I can find my way around the heavens.

I am reminded of a giant childhood “join the dots” puzzle.
Our days are busy exploring the property located on Ben Avon Station and surrounded on three sides by the 49,000-hectare Ahuriri Conservation Park that is home to beech forest, wetlands and tussock grasslands. 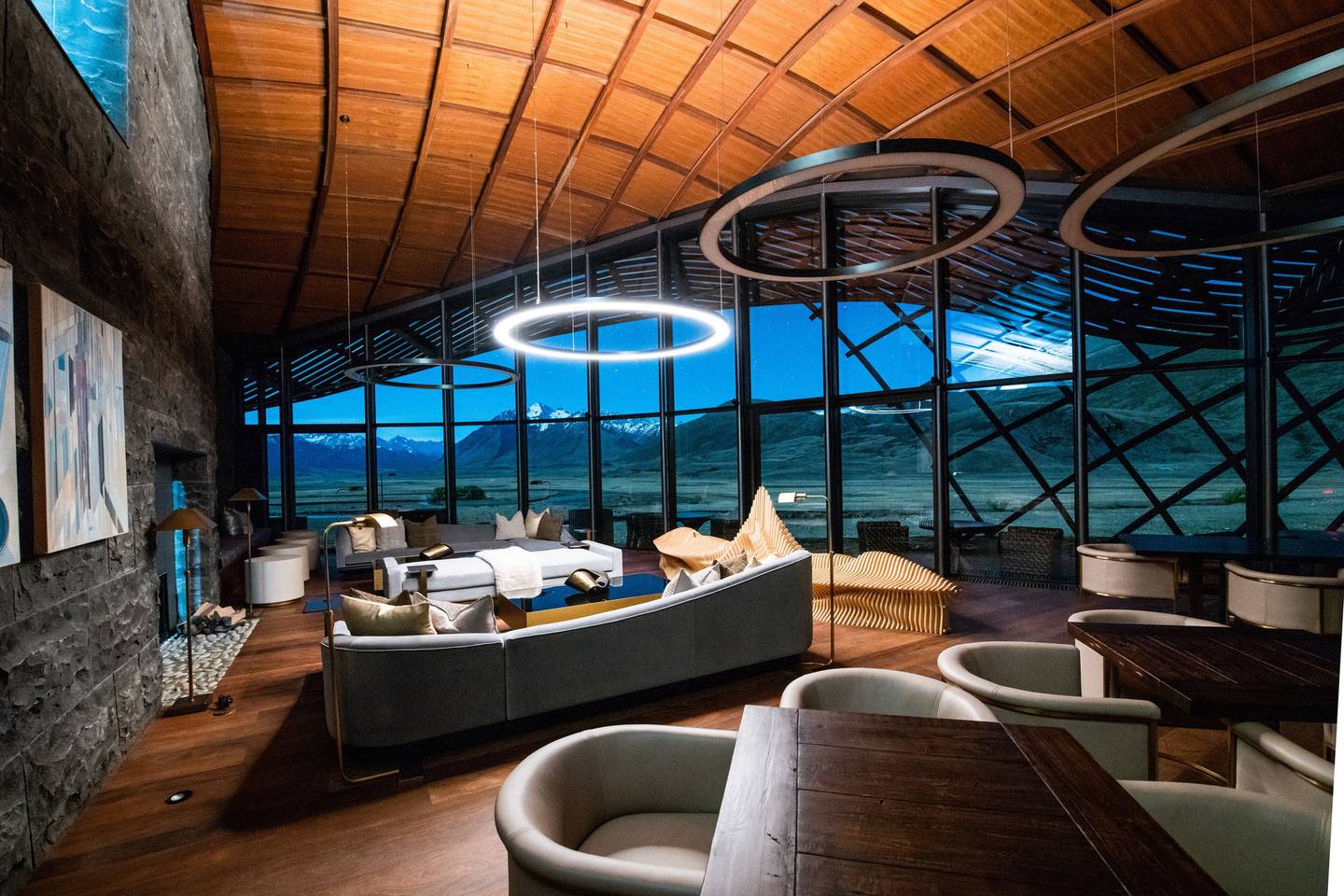 But it’s hard to leave the comfort of the stunning lodge, known for its sweeping whimsical roofline and eclectic design.

Dining is also an adventure here with fabulous produce, bounty from the thriving vegetable garden and a great wine list. 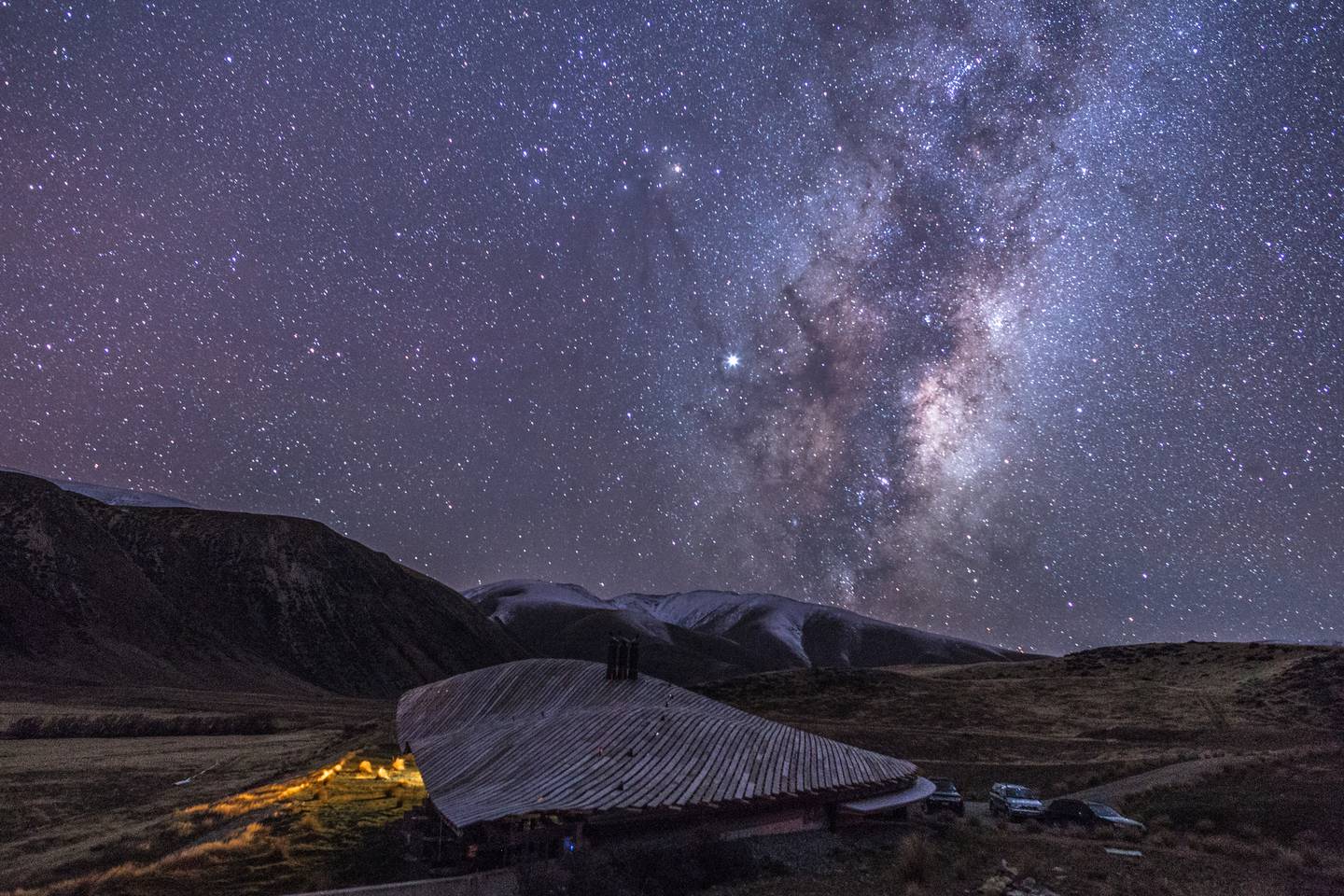