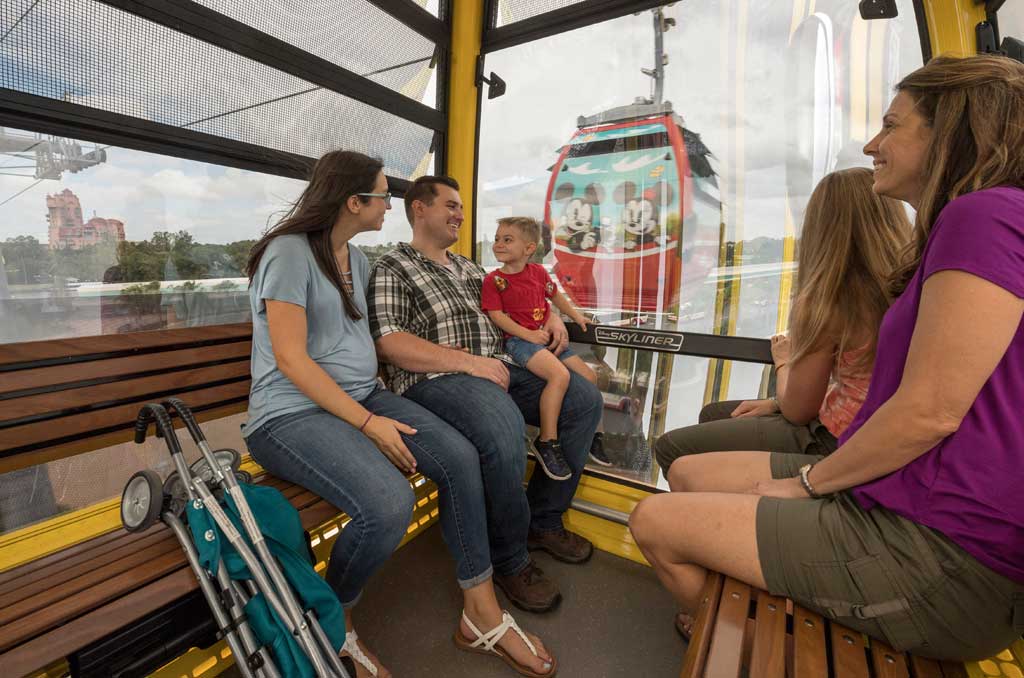 When the new Disney Skyliner opens at Walt Disney World Resort later this month, nearly 300 gondolas will transport guests, up to 10 per cabin, to Epcot, Disney’s Hollywood Studios and three hotels.

At its opening on Sept. 29, the Skyliner will connect the parks with Disney’s Art of Animation Resort, Disney’s Pop Century Resort and Disney’s Caribbean Beach Resort. When Disney’s Riviera Resort opens Dec. 16, it will also have a Skyliner stop.

First announced in July 2017, the completed Skyliner will have three lines and six miles of cable.

The Epcot International Gateway station, located just outside the entrance to Epcot between the France and U.K. pavilions, was inspired by the nearby European pavilions in the park. It features covered metal and glass canopies, as well as flight-themed murals and Art Nouveau-style metal detailing.

At the Riviera Resort, the station will feature Mediterranean coast influences.

The Caribbean Beach Resort station will connect all three of the Skyliner’s routes. It features architectural details and bright colors commonly found in the Caribbean. There will also be a Joffrey’s Coffee & Tea Co. location adjacent to the station at Caribbean Beach. It will include a new “Toffee Flight Latte” in celebration of the opening of the Skyliner, available initially only at that station.

At Hollywood Studios, the station has art deco details like the park’s main entrance.

Pop Century Resort and Art of Animation Resort share a Skyliner station at Hourglass Lake, which is situated between the two resorts. It features colorful structural forms.