Locals have been able to enjoy relative calm as the ferry link to Waiheke has been running on a reduced timetable from Auckland. However, there is one bunch of visitors who have not been keeping their distance: a pod of eight dolphins.

Over the weekend beachgoers were delighted to meet the dolphins who were playing off of Oneroa bay. They certainly weren’t observing distancing rules – coming within touching distance of swimmers.

Braving the late winter water for a chance to meet the dolphins, the swimmers and paddle boarders didn’t seem to mind.

On Saturday, builder and drone hobbyist Torrens Roose-Butcher was on site and was quick to record the event.

However he hadn’t realised quite how many of the animals were out there until he came to edit the footage.

Sharing it on the Waiheke Community Page where the swimmers delighted to recall the encounter and relive the experience.

One commented said they were “still buzzing from it all.”

Another agreed it was a “special day in paradise today.”

However, Torrens whose family had moved to Waiheke at the start of the year is getting used to seeing the dolphins as neighbours.

“This is the third time we’ve seen dolphins in the last 6 months since moving here,” he said. “They were playing with the kayakers and swimmers for over an hour.”

There was even time for his wife to take the paddleboard out to see them.

They had moved to the island at the beginning of the year following a job offer and because they “wanted to be closer to the sea, and sea creatures.” 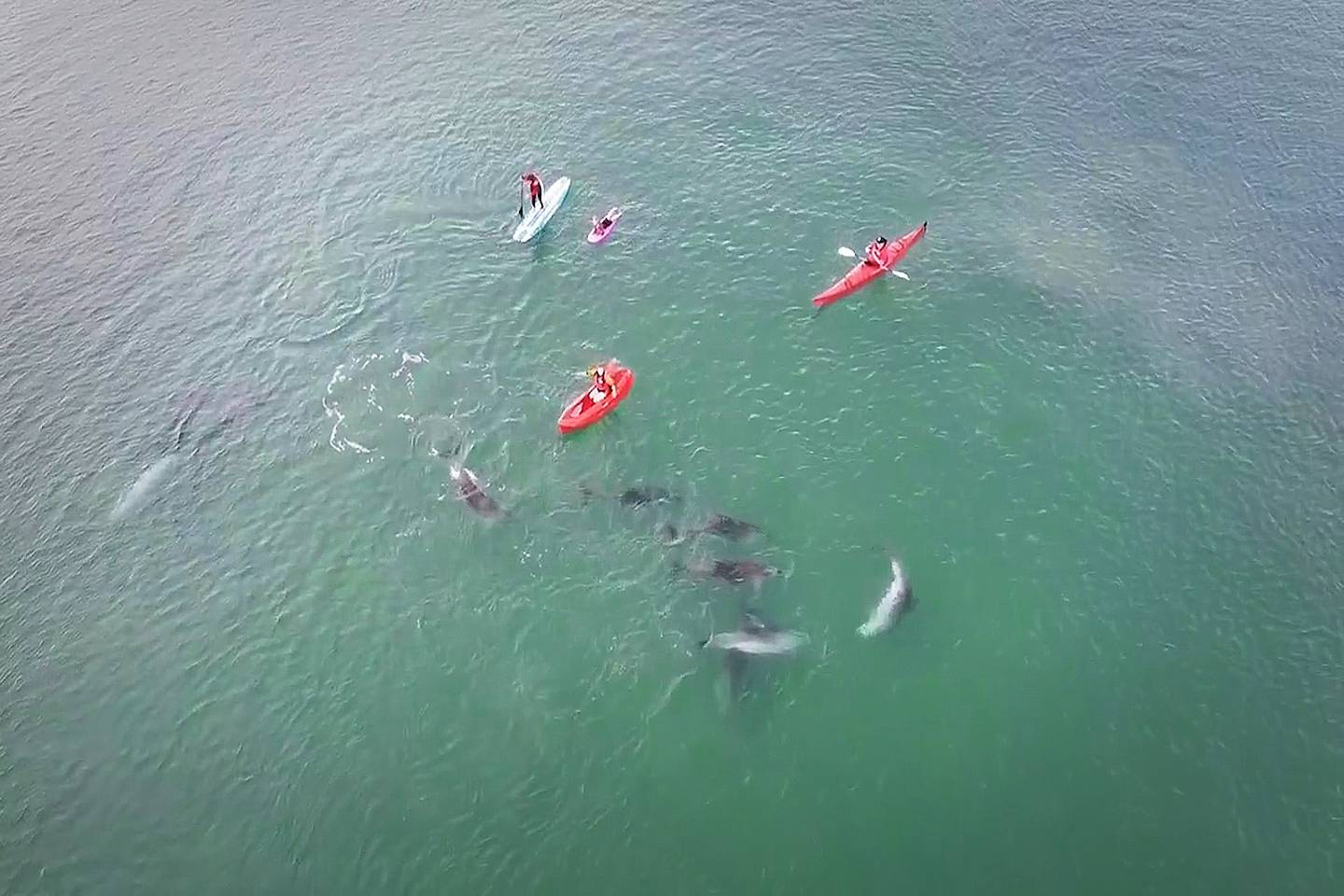 In the remarkable footage a swimmer can be seen being circled by three, curious dolphins.

Last year DOC updated its advice to those encountering dolphins and marine mammals to “give wildlife their space” at sea.

Then again, when they are as playful as this pod, there’s little you can do when dolphins decide to approach you.

As of Monday Fuller 360 has returned to normal ferry timetables from Auckland, but reminds passengers that face coverings will be required while travelling. Likewise SeaLink requires all travellers to wear a face mask, and sign in via the Track and Trace app while in ferry terminals.

View the Macdonald collection of luxury hotels, resorts and spa hotels in some of the finest UK locations
Fly to Germany, Italy, UK or France at attractive low fares with Lufthansa
List your rental for FREE on HolidayLettings
Compare cheap car & home insurance with Confused.com
Apple Vacations: America's #1 Tour Operator
Eurocamp offers an excellent choice of camping holidays across 189 parcs in 10 European countries
Leave a comment