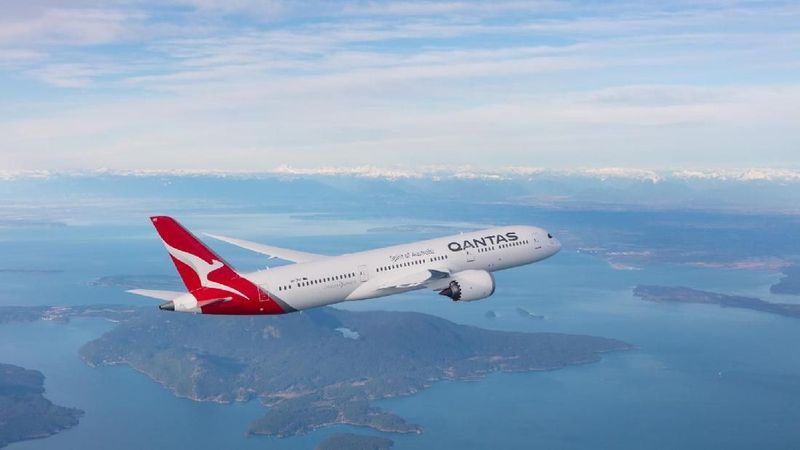 The recent Department of Transportation approval of a joint venture between American and Qantas bodes well for other U.S. airlines’ efforts to launch antitrust-immune partnerships, according to analysts.

The antitrust-immunity application was the first that the Trump administration DOT has wholly reviewed, although the department also approved an updated Delta-Korean Air joint venture application in November 2017. The final approval of American-Qantas, granted on July 18, reversed the DOT’s rejection of a previous application by the carriers during the waning weeks of the Obama administration in 2016.

With the decision, American-Qantas becomes the third antitrust-immune alliance in the U.S.-Australasia marketplace, thereby authorizing the carriers to jointly schedule, market and operate flights.

When it tentatively approved the American-Qantas joint venture in June, the DOT said that since that 2016 rejection, market conditions had evolved enough to mitigate any harm the antitrust-immune partnership would cause to competition. The carriers’ combined U.S.-Australia nonstop capacity has dropped from 59% to 54% during that time, according to the DOT.

As conditions for granting the antitrust immunity, the DOT is requiring that American and Qantas report annually on the progress of their commercial cooperation and provide a detailed assessment after seven years.

The assessment is to undergo a comprehensive, data-driven review by the department, which said it will assess benchmarks such as how much capacity American and Qantas have added and how much the joint venture has stimulated the U.S.-Australasia market.

Though American-Qantas was the first decision reached by the Trump administration’s DOT on a new joint venture application, it likely won’t be the last. Currently before the department are applications submitted by Delta and WestJet; American and Latam; and Hawaiian and Japan Airlines. In addition, United, Copa and Avianca agreed to a joint venture last December, though they haven’t yet submitted a formal application.

The department is also reviewing an application that would merge Delta’s separate joint ventures with Air France/KLM and Virgin Atlantic into a single antitrust-immune alliance.

American and Qantas said the approval will enable them to increase codesharing and open new routes between the U.S. and Australia. True to those words, last week Qantas announced that it will launch Brisbane-San Francisco service in February and Brisbane-Chicago service in April.

Still, the approval represents a reversal from the tougher stance on joint ventures that the Obama administration DOT took toward the end of his term.

In addition to rejecting the American-Qantas joint venture, the DOT only approved a Delta-Aeromexico antitrust-immunity application in March 2016 for a term of five years while requiring that the two carriers surrender 24 landing and departure slots at Mexico City’s Benito Juarez Airport to low-cost competitors.

Both Engel and Diana Moss, president of the American Antitrust Institute, a nonprofit that says its mission is to promote competition, said they expect more airline-friendly decisions to come.

“I think this just signals that the Trump administration is predisposed to support industry, and in this case, these are very large U.S. companies that already have the ear of the president and are going to get the benefit of the doubt,” Engel said.

Moss said the DOT made a weak case for approving the American-Qantas joint venture.

“I’m not seeing any change in market conditions in terms of growth or concentration that would justify a grant of immunity in this case,” she said.

In a February study commissioned by the DOT, University of California-Irvine professor Jan Brueckner found that joint venture alliances increase ticket prices on one-stop itineraries between major gateways because they have the effect of removing a carrier from the marketplace. However, the study also found that the alliances bring down prices on connecting interline itineraries.