EU plans to revive the air travel industry; Europeans consumers have the right to cash refunds 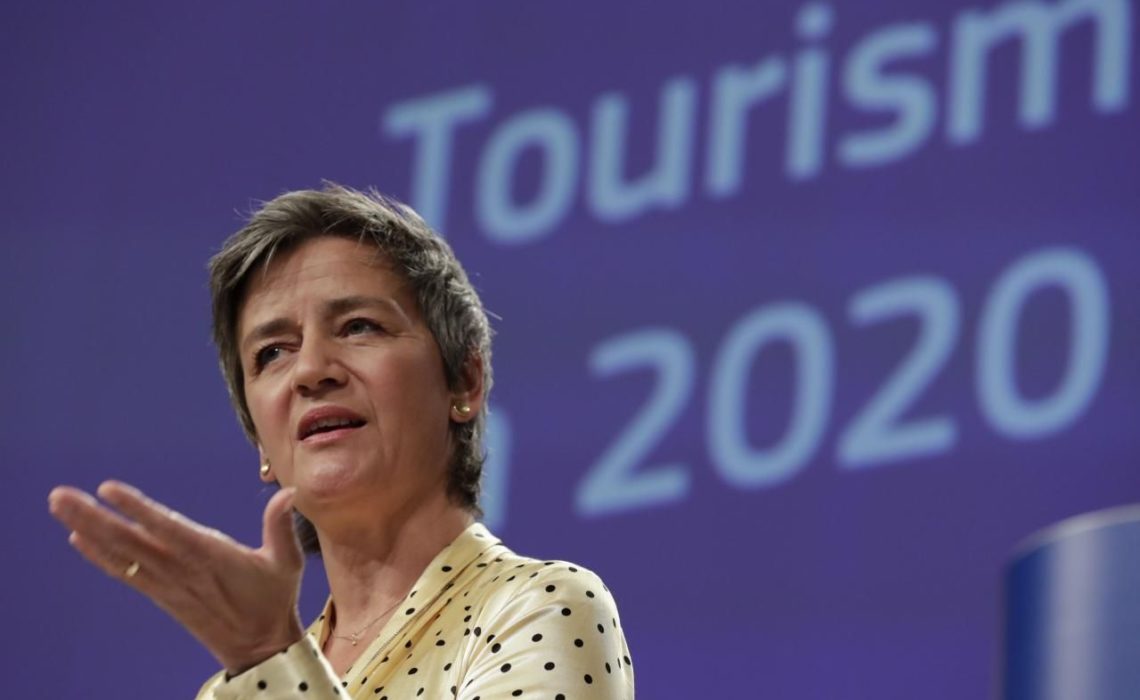 Park Resorts offer great value UK caravan park holidays from as little as £69
View the Macdonald collection of luxury hotels, resorts and spa hotels in some of the finest UK locations
Discount Hotel deals on 787860 hotels worldwide with Agoda
Enjoy your Vegas vocation with Caesars.com
List your rental for FREE on HolidayLettings
Visit Sykes Cottages and browse thousands of hand-picked holiday cottages across theUK and Ireland

Airlines will not have to leave seats empty, but passengers flying in the European Union will have to wear masks on planes and in airports under plans to revive the travel industry.

The European Commission made the non-binding recommendations on Wednesday as part of wider proposals to salvage the ailing tourism sector, which previously represented some 10% of the EU’s economic output and employed almost 12% of its workforce.

The Commission also said on Wednesday it would open legal cases against countries that breach EU law by not ensuring consumers can effectively get cash refunds for travel or holidays cancelled due to the COVID-19 pandemic.

“The starting point here is that European consumers have a right to a cash refund, if that is what they want. Full stop,” Margrethe Vestager, a deputy head of the Commission, said.

The Commission also said airlines will need to limit risks of infection, which could be achieved using hospital-grade air filtering, personal protective equipment and limiting movements.

Ryanair said on Tuesday that its passengers would be required to ask for permission to use the toilets to avoid queuing on the budget airline’s planes.

“Mandating the use of empty seats to increase physical distancing in aircraft is therefore not recommended,” the European Commission’s document says.

Airlines have raised concerns that measures to slow the spread of the pandemic could blight profitability long after any travel restrictions end.

The European Commission said that checking in, dropping off and picking up luggage should be reorganized to avoid crowds.

Airlines have already been advised by the International Air Transport Association (IATA) to check passenger temperatures, collect personal details for any contact tracing and to clean and disinfect terminals and equipment.

IATA, which has estimated the coronavirus crisis could cost airlines a total of US$314 billion, recommended facemasks be worn during flights but not blocking off the middle seats.

Some US airlines have already implemented distancing measures, with some blocking middle seats, pausing automatic upgrades and changing the boarding process.

Among its other plans, the European bloc’s executive proposed that vouchers for cancelled flights or holidays remain valid for at least a year with protection against bankruptcies so people would be more willing to accept them, instead of demanding full refunds.

But it refused to suspend an EU law giving passengers the right to a full cash refund if a flight has been cancelled. It said companies should make vouchers more attractive by giving them a longer validity period, offering the same conditions as the original booking or even a higher value.

“Many companies have come under pressure and this liquidity crisis would be less severe if customers accepted vouchers instead of cash refunds,” Vestager said.

Such vouchers should also be transferable and automatically refundable if not redeemed after a year, the Commission said.

For train transport, the EU executive said social distancing should be applied via increased frequency and train capacity.

Wearing masks in trains and at stations should be required, peak hour travel should be discouraged, doors should open automatically and disinfecting gel should be available.

Similar rules will apply to other public transport and to cruise ships. The Commission said the passenger numbers on cruises should be cut and ships must have cabins available to quarantine people if needed.

It is up to the member states to follow the guidelines, which do not specify a date for resuming travel and are not legally binding.

The European Aviation Safety Agency and the European Center for Disease Control are due to publish further safety protocols for airlines in the coming weeks.