Kauri Cliffs was the catalyst for the New Zealand golf tourism boom. Relatively secluded and unprepossessing – few of our best courses are show-offs when it comes to the front gate – you may need GPS to find the right turn-off. The discreet theme continues with low-key and friendly service.

The show-off element is entirely in the spectacular setting above Matauri Bay. The grandeur is captured in the expansive views, the dramatic elevation changes and wide fairways as welcoming as the staff in the clubhouse.

Yes, you can play Tara Iti. Yes, it will cost you a week’s wages or more if you stay and play. And yes, it’s worth every penny. New Zealand’s best golf course is beyond words – it’s a feeling that sinks into your bones and stays with you.

Everything is perfect, understated and uber-elegant. To apply to play you submit a website form – it will help to have a letter of support from your club. Tara Iti is private but not snobby. They want people to enjoy this Pacific gem and once there, you’re welcomed like a friend and treated like royalty.

Perched on the hills above the thriving township of Kinloch, on the northern tip of Lake Taupō, this incredible course has amazing views back to the lake and mountains.

Designed by Jack Nicklaus, the greatest major championship winner in history, it’s a consummate test of skill, and luck, thanks to the ever-undulating, crumpled fairways resembling those you’d find on the best links courses of Britain and Ireland. 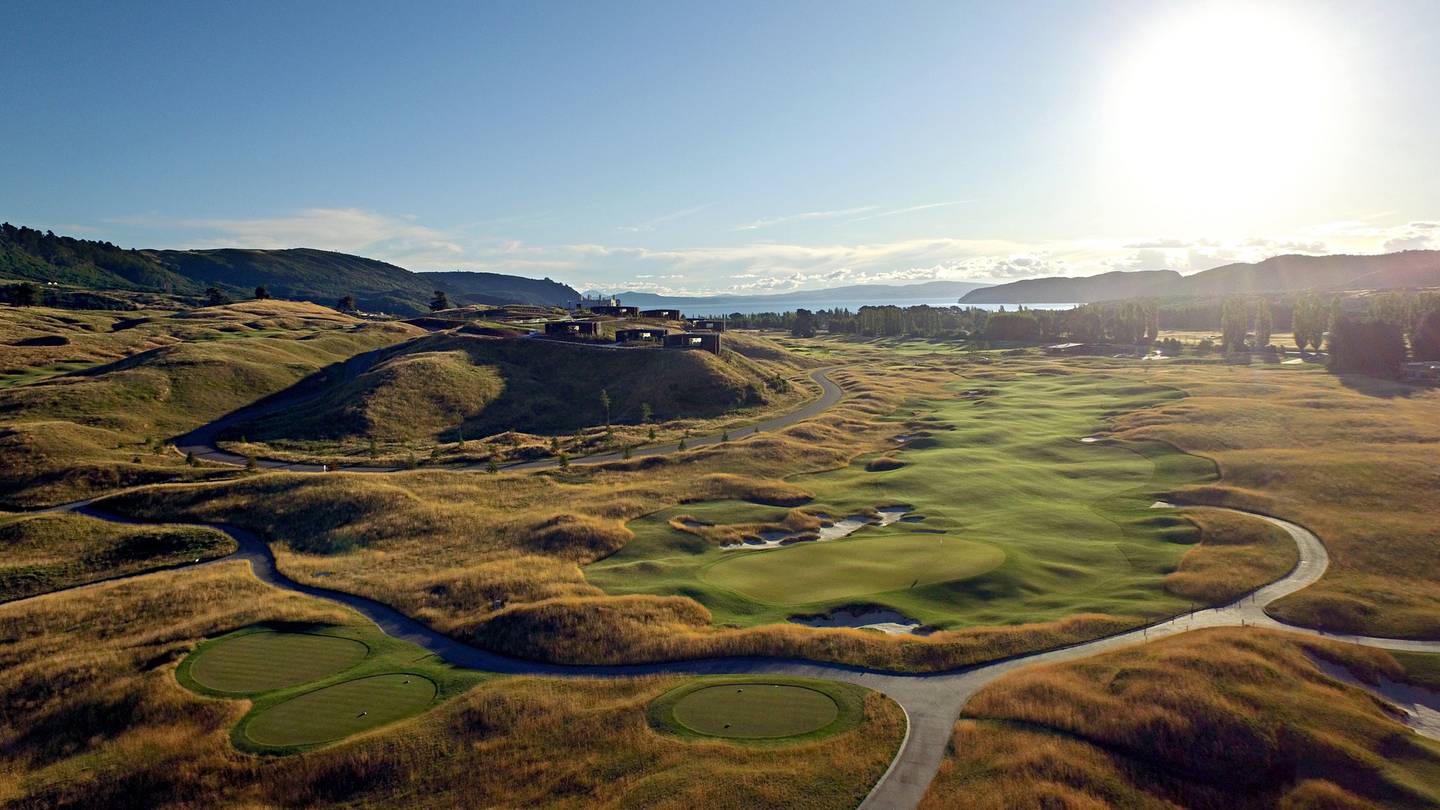 Before Tara iti, Cape Kidnappers was easily our most photographed course. The location, high above the ocean. is perfectly picturesque. From your arrival through an unassuming gate and up a winding road, you know you’re somewhere special.

As with Kauri Cliffs, the low-key but spot-on hospitality makes you feel like a millionaire. The facilities are magnificent, the staff attentive. The only thing that could make it better is a permanent absence of wind. Because, yes, the cliff-top location can deliver some fierce tests – especially when you’re walking the Pirate’s Plank, the long and demanding 15th, that goes right to the edge of the land, and starting the 16th from one of the world’s best tee locations.

Queenstown’s renowned resort has undergone a substantial makeover in recent years and offers 27 holes on three nine-hole courses – Coronet, Arrow and Remarkables. Each has its own character, with something for a range of abilities.

The Coronet Nine is our pick. A modern layout feels rooted in the landscape thanks to the uplifted schist seams and walls that dot the fairways and occasionally frame the green. The signature sixth, with its choice of fairways and a creek running vertically, is a fantastic test and an aesthetic treat.