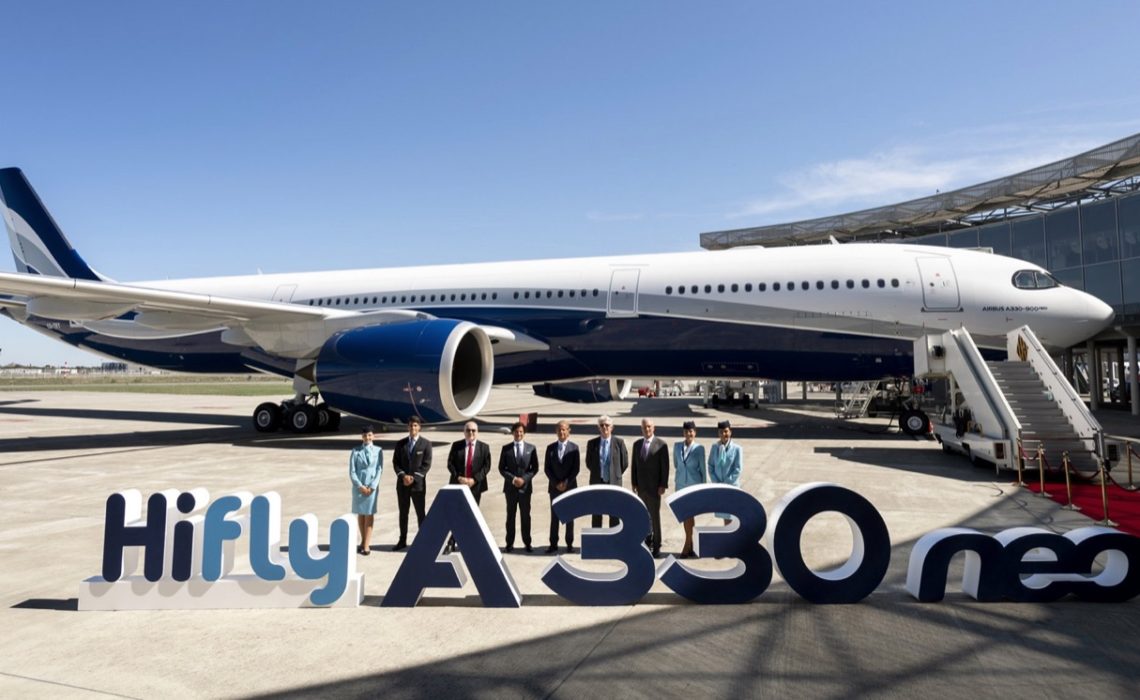 Hi Fly has taken delivery of a new A330neo on lease from Air Lease Corporation.

The aircraft is configured with 371 seats in a two-class layout, with 18 high comfort lie flat business class seats and 353 economy seats.

All seats are equipped with the latest generation in-flight entertainment system, and mood lighting is available throughout the aircraft

The A330 will be deployed to further expand Hi Fly’s long-haul wet lease and charter operations worldwide.

The aircraft shares 95 percent commonality with the previous A330.

It builds on the proven economics, versatility and reliability of the A330, while reducing fuel consumption by 25 per cent per seat versus previous generation competitors.