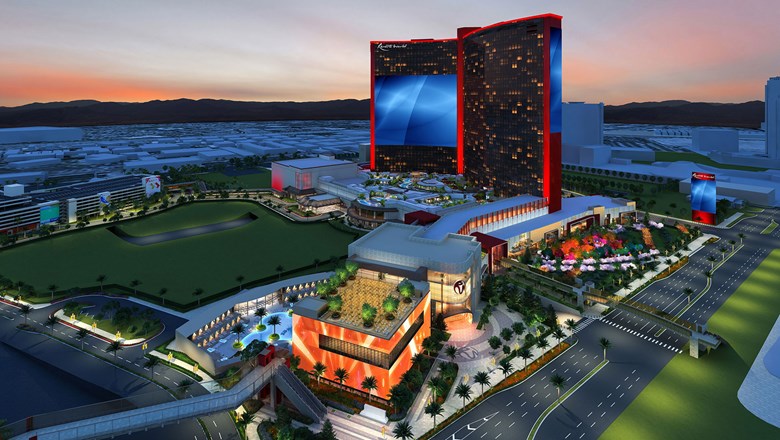 Apple Vacations: America's #1 Tour Operator
Enjoy your Vegas vocation with Caesars.com
List your rental for FREE on HolidayLettings
Eurocamp offers an excellent choice of camping holidays across 189 parcs in 10 European countries
View the Macdonald collection of luxury hotels, resorts and spa hotels in some of the finest UK locations
Send online today with Parcelforce Worldwide

With not just one but three separate Hilton brands set to open in the new Resorts World megacomplex on the Las Vegas Strip, it’s clear that Sin City is more than a gaming stronghold. It has become a hotbed for more traditional high-end hospitality development.

Resorts World developer Genting Group announced in late February that Hilton would be branding the $4.3 billion, 3,500-room casino hotel, which is on track to open at the north end of the Strip sometime next year. Hilton has detailed plans for a Hilton with more than 1,770 rooms, a Conrad with more than 1,500 rooms and an LXR with some 230 rooms at the site.

All three properties will be managed by Resorts World, with the development also slated to feature amenities such as a 5,000-seat theater, 350,000 square feet of meetings and convention space, a 220,000-square-foot pool complex, a 110,000-square-foot casino and numerous food and beverage concepts.

According to Alan Woinski, president of the Gaming USA Corp. consultancy, Resorts World’s decision to partner with a major hospitality player like Hilton is reflective of Las Vegas’ shifting consumer landscape.

“When gaming revenue is going down year after year but you have record visitation numbers, a record number of conferences and are quickly becoming a culinary capital, it means that the clientele has changed,” Woinski said. “And with Vegas seeing so many nongaming customers, it makes sense to go with a more traditional hotel group. Those nongaming guests may not know a Caesars or an MGM, but they will know a Hilton.”

Hilton isn’t the only traditional hotelier making a play on the Strip. Marriott International has paired with the developers of the Drew Las Vegas to open both a JW Marriott and an outpost of its upscale Edition brand in 2022, while Dream Hotel Group recently unveiled plans to open a Dream Las Vegas casino hotel at the southern end of the Strip in 2023.
Those plans follow the success of boutique flag NoMad Hotel, which opened a location within the Park MGM in late 2018.

Meanwhile, Resorts World is also poised to benefit from its affiliation with the Hilton Honors loyalty program, which has more than 100 million members worldwide, dwarfing similar loyalty programs from casino-focused heavyweights like Caesars Entertainment and MGM Resorts.

Michael Green, an associate professor of history at the University of Las Vegas, Nevada (UNLV), said, “Because Hilton and Marriott have very widespread loyalty programs, bringing in a Hilton or a Marriott brand may certainly give a Las Vegas property that extra edge.”

Green added that Hilton also enjoys some existing cachet in the market, given the company’s long-running success with the Las Vegas Hilton off-Strip from 1970 to 2012, in what is now the Westgate Las Vegas Resort & Casino.

Greg Hartmann, senior vice president for full service, luxury and lifestyle development at Hilton, said,”There has been interest in bringing the brand back [to Vegas] in a big way, but we really wanted to be on the Strip, and we just needed to find the right opportunity. With a consistent, year-round global draw for both business and leisure travelers, expanding our presence in Vegas directly addresses the feedback received from our Hilton Honors members.”

“I would not be surprised if we see other partnerships like this one develop,” Green said. “That’s not to say that we’ll necessarily see something like the Bellagio Hilton come to pass, but I do think we’ll start to see [more casino hotels] partnering with hospitality companies in ways that provide them some extra benefits, whether that’s a loyalty program or the marketing aspect.”
Woinski agreed, calling Resorts World’s approach the “model of the future” for Las Vegas.

“Resorts World is kind of taking this [multibranding] model that they’ve had success with in other markets, like Malaysia and Manila, [Philippines], but bringing it to the U.S. for the first time,” Woinski said. “With brands like Hilton, NoMad and Dream coming in, it’s clear that the Las Vegas Strip is changing. It’s becoming almost a Manhattan-like market when it comes to [the mix] of luxury and boutique hotels.”