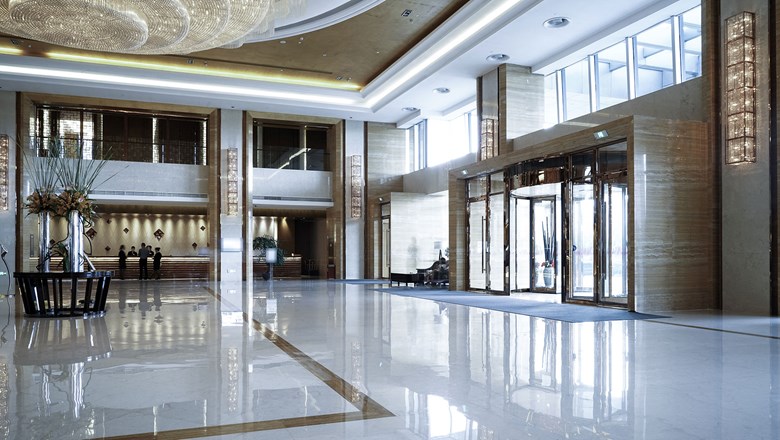 As the Covid-19 coronavirus pandemic wreaks havoc on U.S. hotel occupancy, the American Hotel and Lodging Association (AH&LA) and other hospitality leaders are asking the federal government to buoy the struggling sector with $150 billion in direct grants.

Following a Tuesday meeting at the White House, AH&LA CEO Chip Rogers said during a media call that coronavirus “has already had a more severe impact on the hotel industry than 9/11 and the 2008 recession combined.”

The AH&LA is projecting that the health crisis will result in the loss of 4 million hospitality jobs and a year-long occupancy rate of roughly 30% for 2020, which will equate to approximately $180 billion in lost wages and a $300 billion hit to U.S. GDP.

According to the proposal, around $100 billion of the requested $150 billion in economic aid would go toward covering employee wages for the first two quarters of the year.

“Sixty-one percent of our hotels are small-business operators and franchise owners,” added Rogers. “From major cities to Main Street USA, our 33,000 small-business hotels across the country are facing a difficult decision right now whether to close their doors and lay off millions of people over the next few days. Many, in fact, have already closed. Our small-business hoteliers need critical relief.”

Rogers estimated that hotel occupancies in many major U.S. markets have fallen to “staggering levels never seen before” in the 10% to 20% range, and that nationwide, 140 million rooms or more could be empty within the next 30 days.

“Today, we ask the White House to take immediate action,” said Jon Bortz, AH&LA chairman and CEO of Pebblebrook Hotel Trust. “These solutions include keeping people employed and the economy moving by retaining and rehiring employees {and] keeping hotels from shutting down through access to liquidity and low-interest loans.”

Pebblebrook has around 8,000 employees and owns 54 hotels across the U.S. Bortz said that with occupancies dropping “to the single digits” in recent days, the company has been forced to let go around half its workforce. By the end of the month, Bortz anticipated that Pebblebrook would have to lay off another 2,000 employees and close more than half of its hotels.

Likewise, Marriott International said earlier on Tuesday that the hospitality giant plans to begin furloughing tens of thousands of employees.

“As travel restrictions and social-distancing efforts around the world become more widespread, we are experiencing significant drops in demand at properties globally with an uncertain duration,” a Marriott International spokesperson told Travel Weekly. “We are adjusting global operations accordingly, which has meant either reduction in hours or a temporary leave for many of our associates at our properties.”

Marriott said furloughed employees will retain their health benefits and continue to be eligible for company-paid short-term disability if they get sick.

“There is no desire whatsoever for our industry to furlough or lay people off, but if you have a hotel that’s sitting empty and there are no guests, there’s no work to be done,” said Rogers. “So how do we get past that and make sure we’re taking care of our employees? That is the first concern of the industry.”