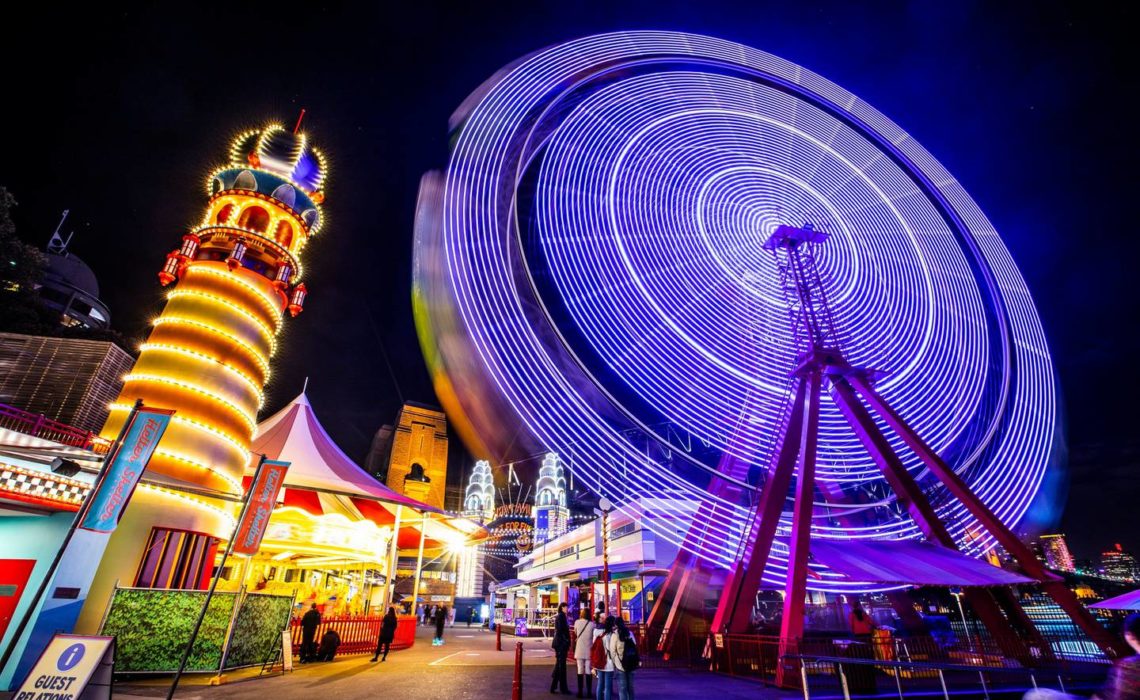 As Sydney ignites its annual festival, Steve Braunias is illuminated

Brought to you by Instagram. The annual Vivid festival of lights opened in Sydney on Friday at the stroke of 6pm, and I was there to witness the first, long night of the selfie stick.

Tremendously happy and cheerful crowds — families, old people, couples, mates — walked alongside the water at Circular Quay to and from The Rocks, and took it all in as a spectacular and thrilling backdrop to selfies. If you’re shooting on an iPhone, use the High Dynamic Range function to lift shadows; on digital camera, go for a 1/200 shutter speed on 3.5 G stop.

It was hour after hour of relentless posing. It was a festival as content for the endless broadcasts on Insta and other social media channels. It was a lot of fun, and you ought to go there at once.

Vivid runs every night from 6pm-11pm through to June 15. Sydney roasted in 27C over the weekend, and humpback whales lined up to breach the warm waters of the harbour. Vivid’s night time promenade was made in T-shirts and cut-offs. The best thing I ate in 48 hours was from a superette at Circular Quay on opening night: a banana Paddle Pop.
A guy from Los Angeles has made this year’s illumination on the Opera House sails. Native plants and things which look like sea anemones move in a kind of psychedelic ecstasy.

The artist, Andrew Thomas Huang, describes it as a dance, which is fair enough; amazingly, he didn’t go any further than that, and claim it was a work of profound importance, unlike just about every other artist who has created light installations at Vivid.

There are 50 installations. Each has an information board describing what it means. One of them has the shapes of a ballerina striking lots of dance poses. The artist blathers: “It conjures the dreams of young artists to search the infinite.” What? Another installation apparently has “celestial origins”. And then there was the one that just couldn’t shut up. “Like a futuristic Stonehenge … 12 mirrored pillars … Encourages us to consider complex interlinkings.” It doesn’t encourage anything of the sort but it succeeds, admirably, in encouraging passersby to take selfies.

The whole thing was a load of new and brightly illuminated cobblers. But it hardly mattered because everything just looked so pretty. Actually, the installations were less pretty than the tower blocks and buildings facing Sydney harbour — the Four Seasons Hotel, the Shangri-La Hotel, the Mariott Hotel with its distinctive typography burning red. Even such palaces of capitalism as AMP and Credit Suisse were transformed into blocks of colour, glowing and flickering like lanterns.

The water, too, was a Guy Fawkes, reflecting deep purples and hubba-hubba oranges. Thin rails of blue and yellow light whizzed along the harbour bridge. I counted 16 boats — water taxis, pleasure craft, ferries — pootling along together, in a flotilla of light. 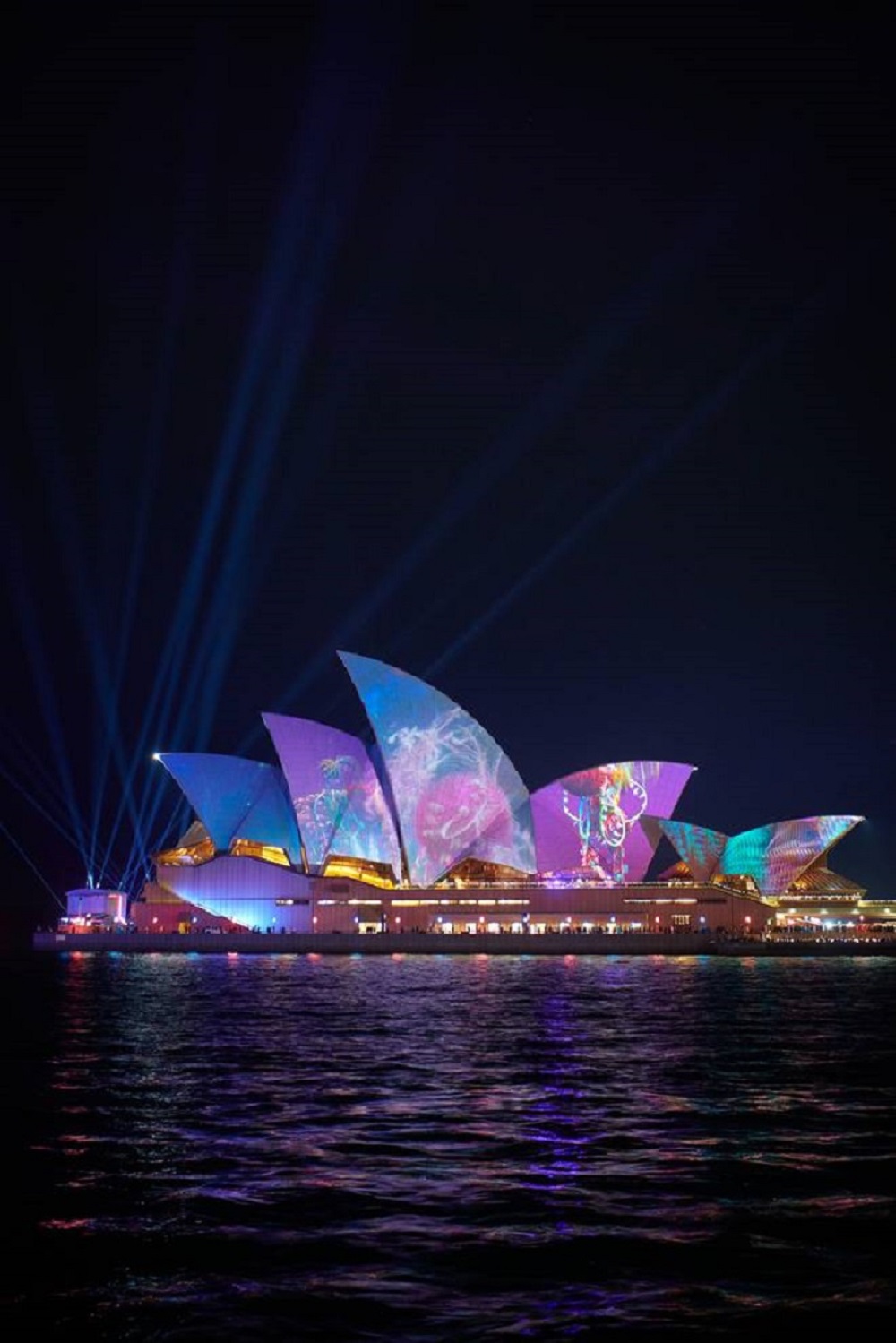 Festival co-ordinators and traffic controllers have worked together to create a space of easy access and freedom of movement. Headline, The Sun-Herald: “Vivid dazzles without the first-night chaos”. The story continued: “There were few signs of the pedestrian bottlenecks, long queues and heavy-handed security that marked last year’s opening night.”

Vivid cleaners roamed Circular Quay with brooms, and swept up cigarette butts. Security guys said, “Gidday, mate.” The only drag was the ropes that confined crowds to narrow paths in the Botanical Gardens. To keep to the path looked like spending over an hour mooching along yet more pretentiously worded installations. Vivid is great but enough is enough, so I seized the opportunity, cut things short, and recommend you do, too, when I ran for it under cover of that most rare and blessed thing at Vivid: darkness.