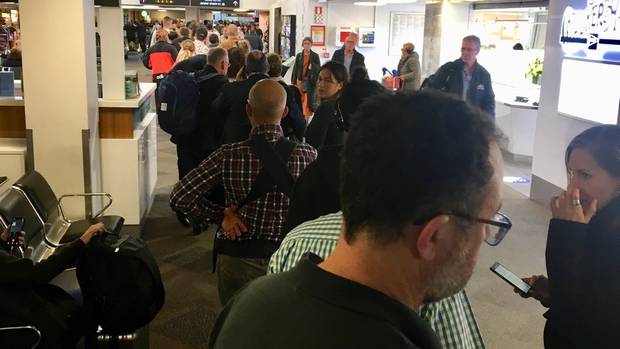 Chaotic scenes are being reported by travellers at Auckland Airport this afternoon, with “queues snaking everywhere” and general “madness” due to flight delays caused by Christchurch fog.

Numerous travelers have taken to social media to complain about the queues in the domestic terminal for Air NZ flights from Auckland to Christchurch after 1pm today.

“I’m stuck in it. Madness. @AKL_Airport and @FlyAirNZ why?!?!” one person commented.

Another traveller fumed they’d had four flights cancelled, as they finally were about to board a fifth.

“Air New Zealand has been working to rebook customers whose flights have been disrupted on the next available service.

“The airline has also has put on two additional return services today between Auckland and Christchurch (operated by a Boeing 787-9 Dreamliner and an A320neo), to accommodate customers who have been disrupted.”

A spokesperson from Auckland Airport said they believed delays on flights to Christchurch had been due to fog.

“Backlog of travellers rebooking after cancelled flights to Chch. Fog all morning,” one traveller posted on Twitter.

MetService’s weather forecast in Christchurch for the remainder of today was for remaining low cloud cover to clear this afternoon.

Air NZ advised customers to keep an eye on the Air New Zealand arrivals and departures page for the most up to date flight information.

The Air New Zealand Contact Centre is also currently experiencing high demand so customers whose need for travel isn’t urgent have been asked to defer calling, and to instead contact the airline via its social media channels.

Air NZ customers who are able to, are being encouraged to make changes to their bookings online.