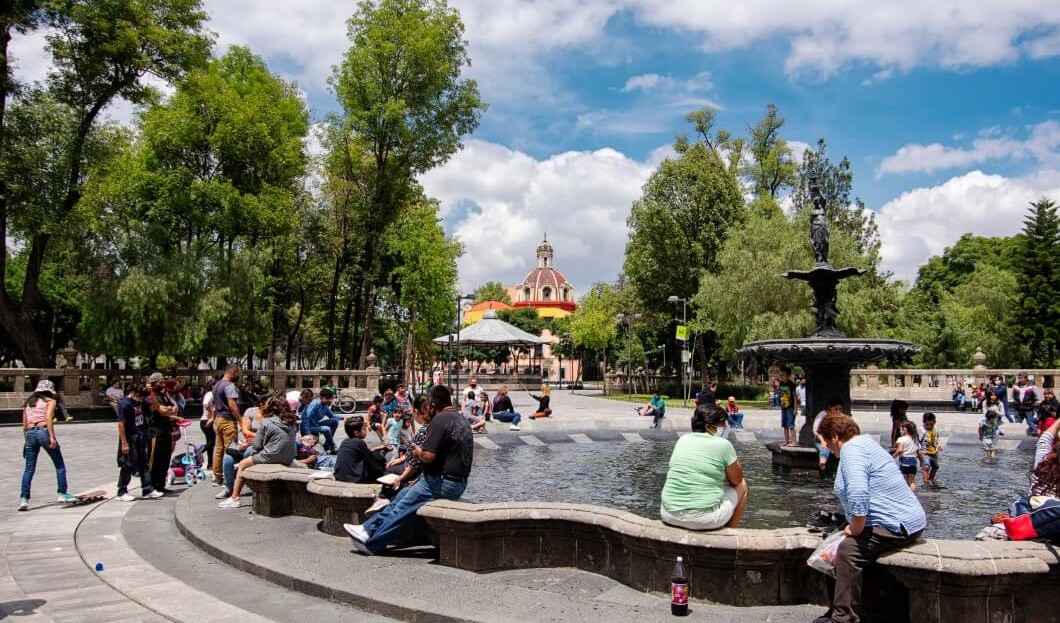 Cheap Hotels, Discounts, Hotel Deals and Offers with Hotels.com
View the Macdonald collection of luxury hotels, resorts and spa hotels in some of the finest UK locations
Book coach travel to 100's of UK towns, cities and airports with National Express!
Book your flight with Virgin Atlantic
Deep Discounts on Hotels, Flights and Rental Cars on Priceline.com
Fly to Germany, Italy, UK or France at attractive low fares with Lufthansa

In terms of tourism, the COVID-19 pandemic will put an end to the efforts and achievements made in 2019 in Mexico City, both in revenues and arrivals. Last year, Mexico City registered the highest tourism revenue since 2009, and was also the second year with the most influx of tourists.

In a virtual press conference, Carlos Mackinlay Grohmann, Secretary of Tourism of Mexico City, explained that 2020 is expected to close with revenues of about 50 billion pesos, compared to the 113 billion recorded in 2019, which would mean a drop of 55.8%.

Regarding the projected arrival of tourists, it is estimated that it’ll only reach 6 million, of which 1 million would be international visitors, a dramatic drop compared to 2019 figures, where arrivals were almost 14 million.

Mackinlay Grohmann also mentioned that this month, the capital only has 15% hotel occupancy, but it is expected that it reaches between 30 and 40% in December. In 2019, Mexico City’s average hotel occupancy was 67.68%.

“The tourism activity in 2019 showed encouraging data in economic terms, and the challenge of the current administration was focused on increasing coverage of benefits that tourism can provide to a greater population of Mexico City. However, as of 2020, we have witnessed the greatest health and economic crisis of the 21st century at a national and global level,” explained Mackinlay.

He detailed that, in order to have a better outlook for 2021, they have organized weekly planning commissions for the return to tourist activities, in addition to the introduction of the Safe Tourism campaign, which includes the implementation of a Tourist Security Stamp and the Safe Travels Seal.

The Secretary of Tourism explained that at the end of 2019, Mexico City had 26 hotels under construction, with an estimated investment of $29 billion pesos and the creation of 4,675 direct jobs and 18,700 indirect ones.

“It should be noted that all these investments remain scheduled despite the current economic situation, which shows the confidence that continues in the future of the tourism industry,” he said.

He also announced that within the framework of the General Development Program for Mexico City, which will be delivered in the following days, five main points are being considered: renewal, increase and integration of the tourist infrastructure; strengthening of the main product lines and emerging ones; promotion of the sustainable economic development of tourism; guarantee of inclusive tourism in the city, and strengthening the city as a digital and innovative tourist destination.

Regarding the tourism numbers for the whole country, in 2019, 259 million domestic tourists traveled around the country, of which 102 million stayed in hotels and generated tourism revenue of 211,327 million pesos. Meanwhile, for this year it is estimated that there will be 59 million domestic tourists who stay in hotels and generate 112,000 million pesos.

Compare cheap car & home insurance with Confused.com
List your rental for FREE on HolidayLettings
Eurocamp offers an excellent choice of camping holidays across 189 parcs in 10 European countries
Cheap Holiday Deals 2016 - Book Holidays with On the Beach
Travelodge: Search and book 500 hotels throughout the UK and Ireland
Discount Hotel deals on 787860 hotels worldwide with Agoda
Leave a comment