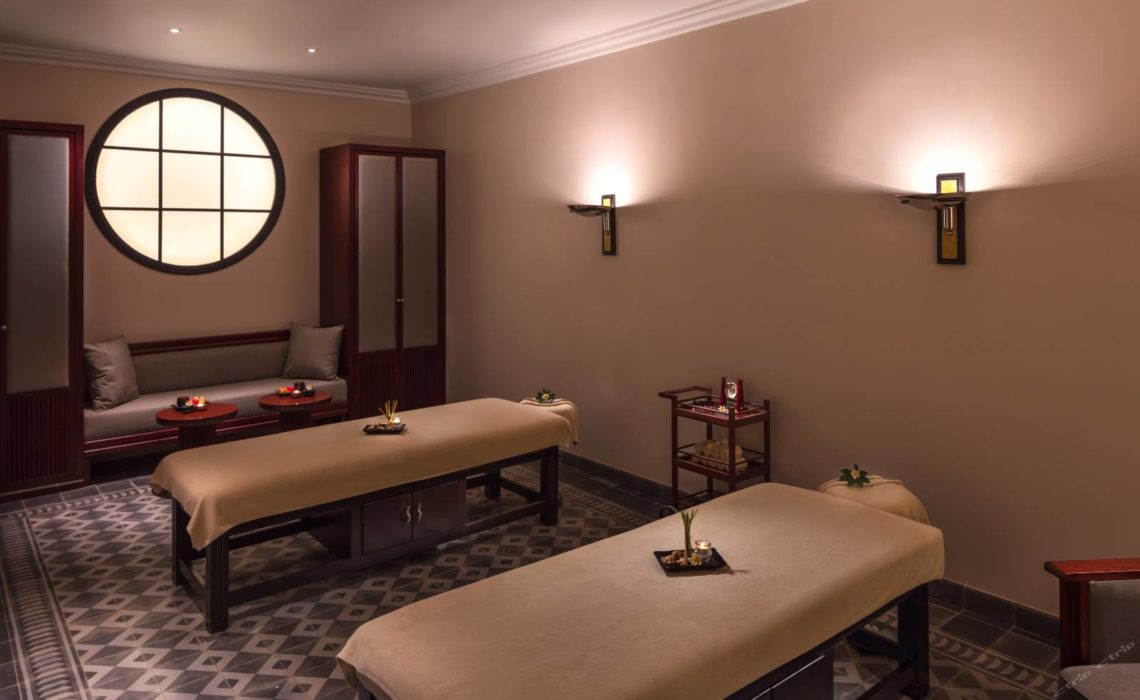 The facility is now more than 50 per cent larger than before and boasts new thermotherapy areas for men and women.

Situated on the ground floor of the hotel’s west wing next to a new gymnasium, Le Spa offers two double treatment rooms and four single treatment rooms, each with a fully private dressing area, vanity and shower, as well as a comfortable and stylish lounge sofa.

The redesign features a sophisticated minimalist aesthetic, with neutral colour tones and art deco flourishes, and was completed by the French-Canadian architect Pascal Trahan, who also designed the tropical bungalows at Azerai Resort Can Tho.

The renovation entailed not merely an expansion but a rebuild from the ground up and the walls in.

The new spa features attractive stone floors, tall ceilings and a simple, elegant design, and is both spacious and comfortably proportioned.

“With the relaunch of Le Spa, we are signalling that Azerai La Residence, Hue intends to be a destination for spa lovers not only in Vietnam but throughout the region,” said Phan Trong Minh, general manager of the hotel.

Le Spa has long been renowned for using spa products made from local ingredients, such as coffee, sea salt and green tea, in its popular body scrubs and other treatments.

With the refurbishment, the hotel also brought in a new spa manager, Ronald Mutuc, a 20-year hospitality industry veteran who has worked in some of the world’s most acclaimed hotel spas.

List your rental for FREE on HolidayLettings
Visit the world's must-see destinations with P&O Cruises
Cheap Hotels, Discounts, Hotel Deals and Offers with Hotels.com
Enjoy your Vegas vocation with Caesars.com
Deep Discounts on Hotels, Flights and Rental Cars on Priceline.com
Fly to Germany, Italy, UK or France at attractive low fares with Lufthansa
Leave a comment