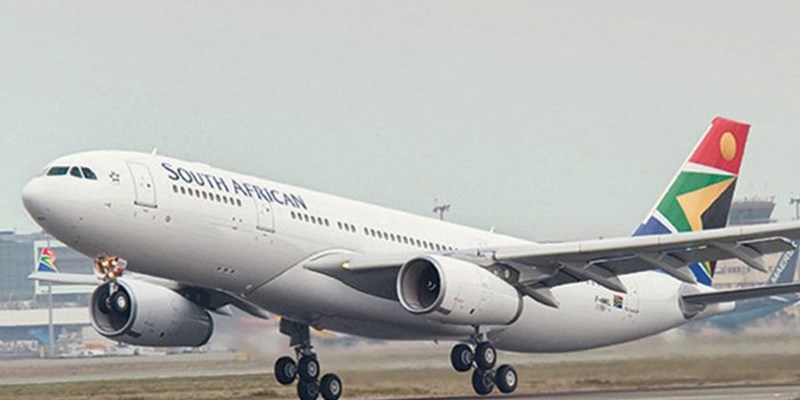 Visit Sykes Cottages and browse thousands of hand-picked holiday cottages across theUK and Ireland
Book coach travel to 100's of UK towns, cities and airports with National Express!
View the Macdonald collection of luxury hotels, resorts and spa hotels in some of the finest UK locations
Fly to Germany, Italy, UK or France at attractive low fares with Lufthansa
List your rental for FREE on HolidayLettings
Deep Discounts on Hotels, Flights and Rental Cars on Priceline.com

Exactly how will Minister of Public Enterprises, Pravin Gordhan, fund his vision of a new national airline?

This is one of the biggest questions arising after the Department of Public Enterprises (DPE) on Friday (May 1) confirmed the signing a new Leadership Compact with SAA workers toward the eventual creation of a new national airline.

“The challenges facing South African Airways has required the leadership of all stakeholders to rise above the crisis created by both the weaknesses within SAA and COVID-19, and agree on a long-term vision and strategy to mitigate the impact on employees, tourism, the aviation industry more broadly and become a catalyst for economic development and job creation,” read the statement.

“It will not be the old SAA but the beginning of a new journey to a new restructured airline, which will be a proud flagship for South Africa,” it continued, highlighting that the Leadership Compact commits to taking a new approach while “acknowledging that there will be a major performance-based culture change for all leadership, management and employees as the transition to a new airline takes place”.

The statement provides few details on how this would be funded, noting only that the new national carrier will be funded through a variety of options such as strategic equity partners, funders and the sale of non-core assets. It adds that the parties – DPE and unions representing the workers – are still of the view that the state must continue to play a role in the newly structured airline.

No further details on funding could be obtained at the time of publishing as DPE Spokesperson, Richard Mantu, was unavailable for comment.

This lack of clarity has prompted Democratic Alliance (DA) member of Parliament’s standing committee on public accounts, Alf Lees, to write to Gordhan requesting the full details of the agreement he had entered into with the unions representing SAA employees.

“The question that all South Africans will be asking is whether or not this deal includes yet more billions of rands in bailouts to keep the bankrupt airline going and whether or not majority ownership of SAA will be transferred to a private equity partner,” he said.

As a result, Lees said the DA would seek a commitment from the ANC government that it would not make any further bailouts to SAA, or provide any further government guarantees or any other form of security to the airline.

Meanwhile, the business rescue practitioners, Les Matuson and Siviwe Dongwana, are “working with the facts at hand” and continuing with the Section 189 restructuring process.

Spokesperson for the BRPs, Louise Brugman, told Tourism Update that two unions – the National Union of Metalworkers of South Africa and the South African Cabin Crew Association – have removed themselves from this process.

“We are still in talks with many other unions, including the National Transport Movement,” she said, pointing out that the 60-day consultation process deadline was Friday, May 8. The deadline for publishing the Business Rescue Plan remains May 30.