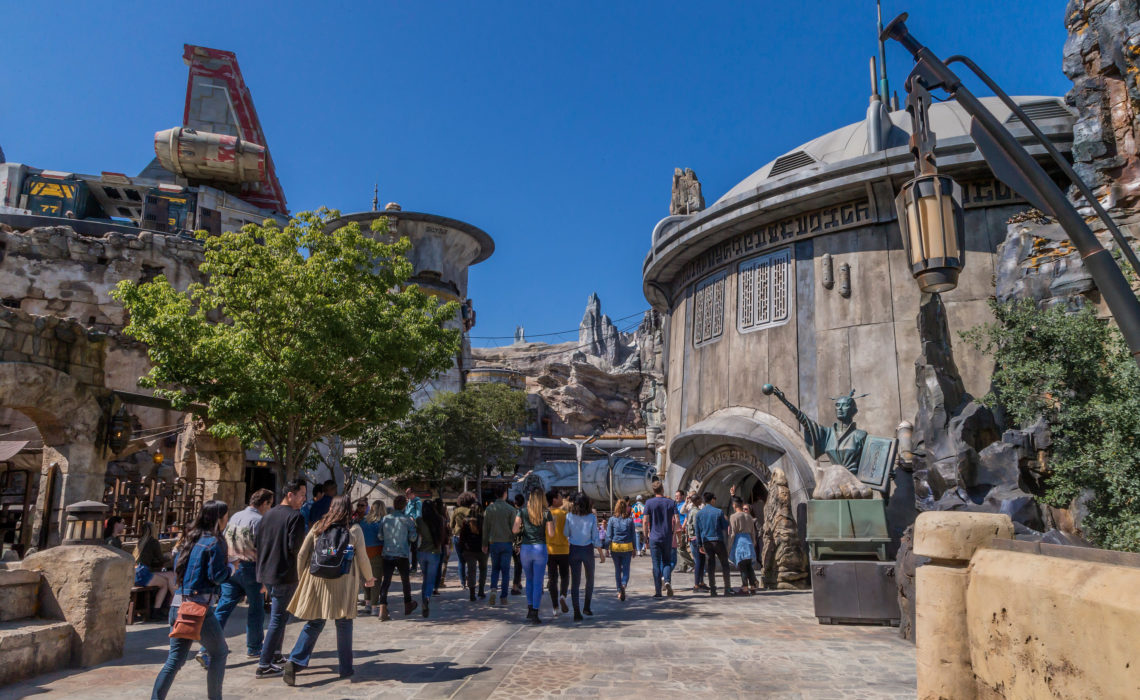 Star Wars: Galaxy’s Edge, a new experience at Disneyland, has opened to guests.
Visitors are invited to live their own Star Wars adventures as they explore a remote planet full of sights, sounds, smells, tastes and other immersive experiences.
The largest and most technologically advanced single-themed land expansion ever in a Disney park will be followed by a similar opening at Hollywood Studios in Florida in August.

Guests will be transported to a galaxy far, far away in Star Wars: Galaxy’s Edge, on a journey to Batuu, the newest location in a story that began in 1977 with the first Star Wars film.

Guests will become part of the story as they sample galactic food and beverages, enter an intriguing collection of merchant shops and take the controls of the most famous ship in the galaxy aboard Millennium Falcon: Smugglers Run.

Stepping into their own Star Wars adventures, guests will become part of the action as it unfolds around them, and their interactions with the Play Disney Parks mobile app will deepen their engagement with the land.

They may choose to aid a smuggler, join the Resistance or pledge their loyalty to the First Order.

This depth of storytelling is part of the total immersion that distinguishes the 14-acre Star Wars: Galaxy’s Edge from any other themed lands in Disney history.

The new lands build off decades of collaboration between Walt Disney Imagineering and Lucasfilm.

The work on Star Wars between these two creative powerhouses dates back to 1987, when the ground-breaking Star Tours attraction opened at Disneyland.

“Star Wars: Galaxy’s Edge redefines what a Disney experience can be.

“It invites exploration and discovery, where we can become characters in the Star Wars galaxy. More and more, our guests want to lean into these stories; not just be a spectator.

“We’re giving them the opportunity to do just that in this land, with a new level of detail and immersion.

“This is an opportunity to play and engage with your friends and family in a shared experience that will forge lifelong memories,” said Scott Trowbridge, Star Wars portfolio creative executive, Walt Disney Imagineering.