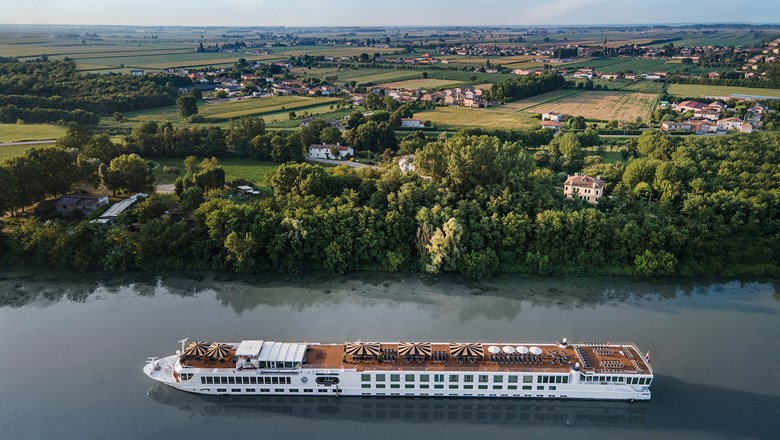 Based in its namesake of Venice, the ship is a top-to-bottom redo of the former River Countess, which was struck by an MSC Cruises ship while in port last year.

The ship, however, had already been scheduled to be converted as part of Uniworld’s ongoing program to turn its entire fleet into so-called super ships, with larger cabins and public spaces. 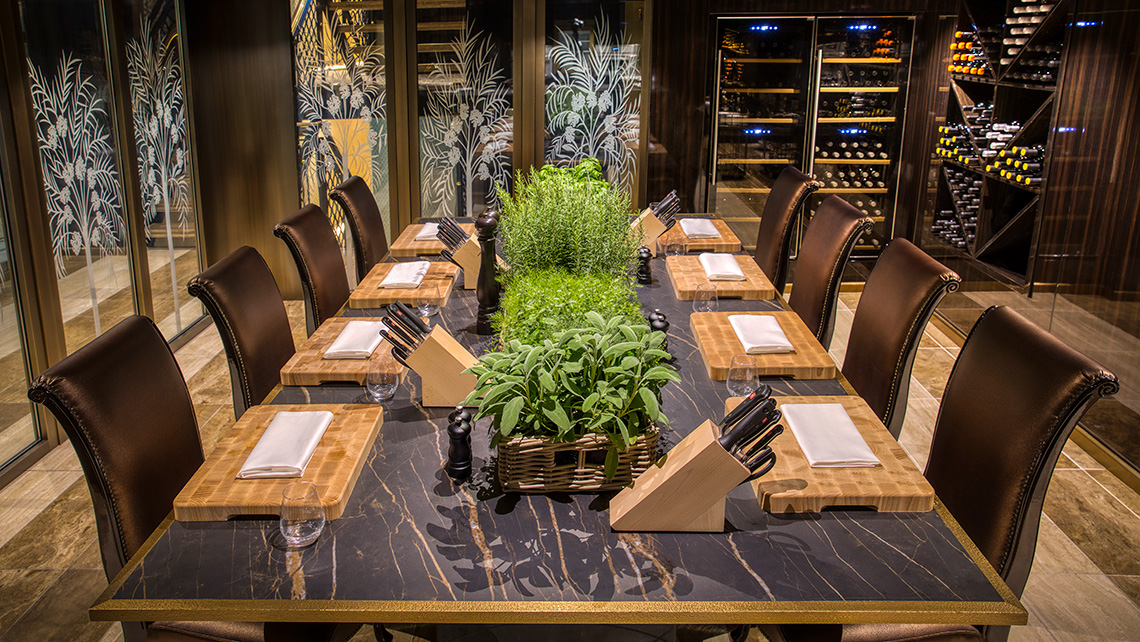 The main structural changes were adding two grand suites, a private dining room with a demonstration kitchen used for pairing dinners and cooking lessons and a seating banquet with shade umbrellas on the top deck that runs down the center.

“We are absolutely thrilled to share details of the S.S. La Venezia, inspired by the incredible artistry and vision of Mariano Fortuny,” said Bettridge. “Over a century after its founding, Fortuny continues to prize originality, made only possible by artisans deeply committed to their craft. This speaks to the Uniworld philosophy. For our guests, this means a setting and style of service that is wholly immersive in the enduring fascination and magic that is Venice; and is born from more than 100 years of experience.” 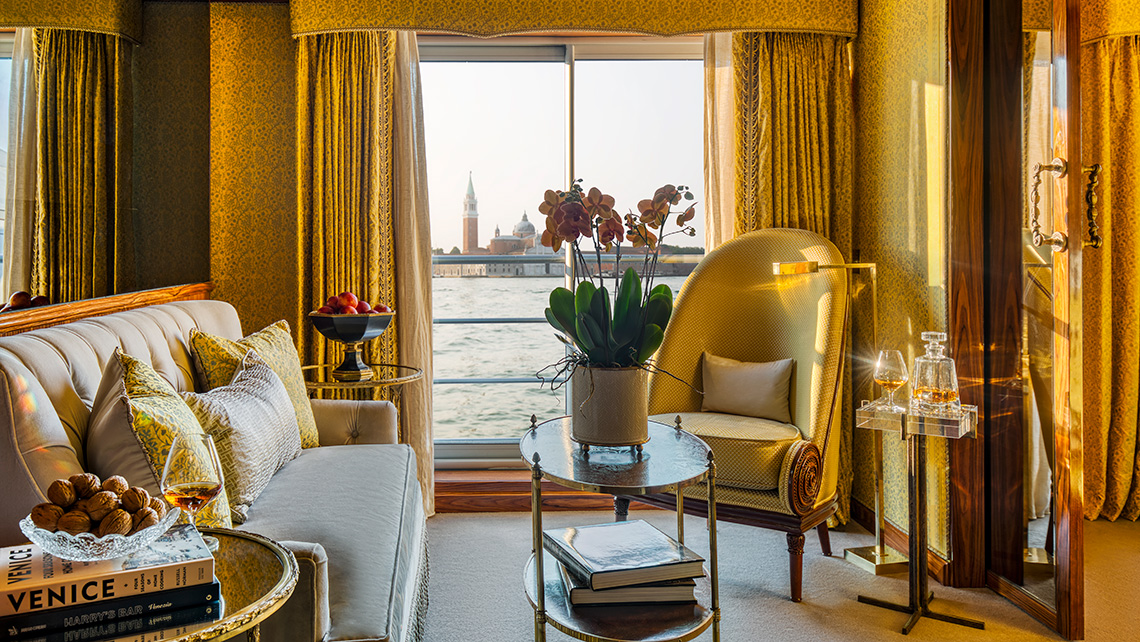 Tollman said the ship was designed to “complement and enhance its carefully curated Venetian itineraries” with design elements that include, in addition to Fortuny fabrics, Murano glass.

La Venezia is one four new Uniworld ships that began or was set to begin sailing this year. The Mekong Jewel, a newbuild that replaced an older ship in Vietnam, sailed briefly before the pandemic. The launch of other two, like La Venezia, has been delayed by the pandemic. They are the Sphinx, which is replacing an older ship on the Nile, and the Sao Gabriel, a newbuild that will sail Portugal’s Douro.