V-shaped plane is one step closer to reality 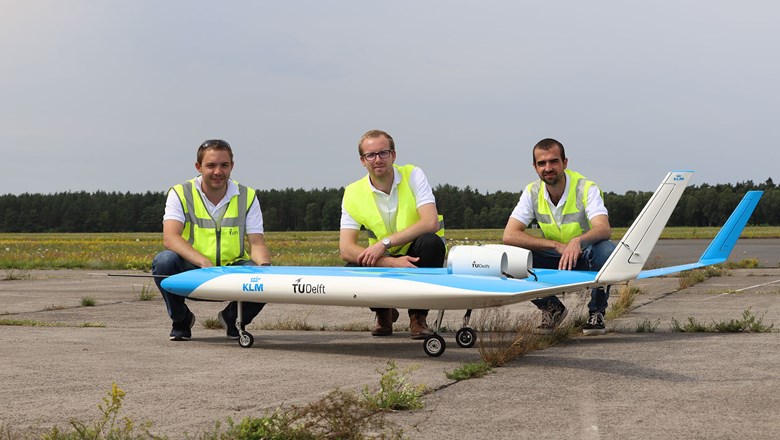 Enjoy your Vegas vocation with Caesars.com
Book coach travel to 100's of UK towns, cities and airports with National Express!
Eurocamp offers an excellent choice of camping holidays across 189 parcs in 10 European countries
Travelodge: Search and book 500 hotels throughout the UK and Ireland
List your rental for FREE on HolidayLettings
Discount Hotel deals on 787860 hotels worldwide with Agoda

A scaled model of the aspirational Flying-V aircraft successfully launched during an inaugural test flight this summer.

Information gleaned from the test, which was conducted at an air base in Germany, will now be used to program flight simulations and for the development of scale models for future flight tests.

The Flying V, which is being developed by the Netherlands’ Delft University of Technology in collaboration with Airbus and backed financially by the Dutch airline KLM, would integrate the cabin, the cargo hold and the fuel tanks in the aircraft’s wings. An engine is located on the interior side of each wing.

Engineers believe the design would be 20% more efficient than today’s most advanced widebody, the Airbus A350, due to its improved aerodynamic shape and reduced weight. That calculation is based upon the assumption that such an aircraft would use the same engine types as the A350, although designers have hopes of propelling the plane with green solutions, including electric or hybrid-electric engines.

Development of the Flying V scaled model, which has a wingspan of about 10 feet and a length of a little more than 9 feet, began in early 2019. Results of the test flight were announced Tuesday by Delft University. Project leader Roelof Vos said that the plane lifted easily, and the thrust and flight speeds and angles performed as anticipated. However, the craft still has too much side-to-side rock and tail wagging, which caused a rough landing.

Don’t expect a Flying V in the skies soon, though. Engineers say much work will need to be done to get the revolutionary design ready by 2040.