Will the golden week save the Chinese economy? 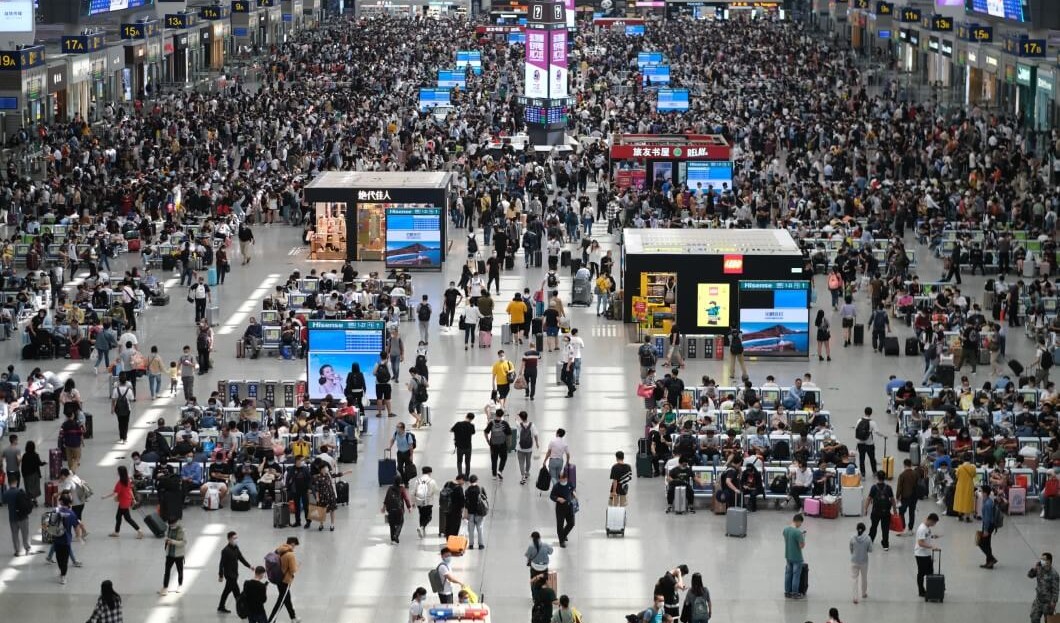 While the Chinese government has reported only a few rare new cases of coronavirus in recent weeks and the country’s growth is experiencing a “V-shaped rebound”, this week could prove to be the test for the middle country. Indeed, both economically and health-wise, the Golden Week will show to the rest of the world whether China has managed to control the coronavirus crisis or not.

As the pandemic continues to cast a shadow over the economies of many countries and regions around the world, China is hosting its eight-day national holiday more commonly known as Golden Week. The country’s tourism industry sees it as a breath of fresh air as it is expected to be the busiest holiday since the COVID-19 epidemic.

After more than six months of work to prevent and control epidemics, the vacations will finally experience a real boom that will involve not only tourists, but also the businesses that will welcome them. This will be crucial for the Chinese economy at the end of the year. But before that, a few indicators have been published, in particular the national PMI index of purchasing managers.

China is thus continuing to catch up with the backlog accumulated during the coronavirus pandemic. In August, for the second month in a row, manufacturing activity in China reached its highest level in more than nine years, a sign of the resumption of activity in the country.

About the Golden Week

There are two Golden Weeks in China, which are two weeks of paid vacations granted by the government since 2000. In reality, only 3 days of paid vacations are granted to employees and weekends are rearranged so that they can be granted 7 days in a row.

The original idea of these Golden Weeks was both to promote the domestic economy (by encouraging domestic tourism and consumption), but also to allow migrants to return to their families. They are very strong commercial weeks for the actors of tourism and retail in China, or for those who work with Chinese customers (promotions, special offers …).

With the opening of the country to international tourism, these Golden Weeks have also become a closely watched phenomenon not only for tourism professionals, but also for destinations seeking to attract Chinese tourists. 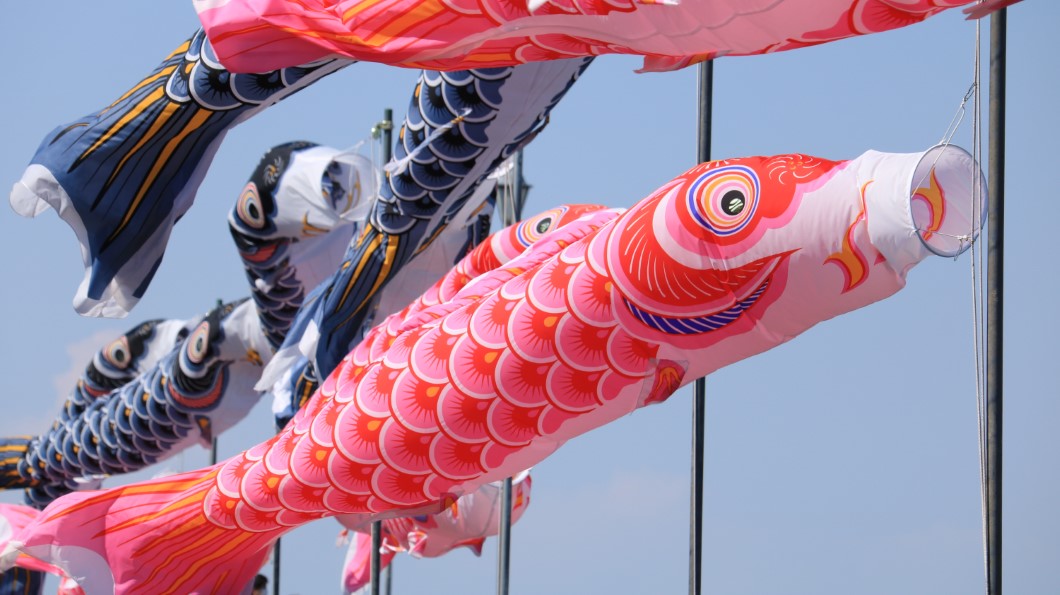 The Golden Week in Figures

Ever since vacation ticket bookings began in early September, the demand for vacation trips (as opposed to business trips) by domestic residents has been extremely strong, according to the industry stakeholders. According to the Ministry of Culture and Tourism, China is expected to register 550 million domestic tourists during the eight days of Golden Week, which is 80% of the normal level.

China’s state-owned railway operator also said it expects to handle 108 million passenger trips during the 11 peak days of the National Holiday vacation, an average of 9.82 million trips per day.

The rail operator said that on China’s National Holiday Day, passenger flow will peak at an estimated 13 million trips, setting a new record in the average daily rail passenger flow since the beginning of the COVID-19 outbreak.

Meanwhile, Chinese domestic flights are also expected to surpass pre-COVID epidemic levels. Cirium, a company specialized in travel data and analysis, said in a release that more than 164,700 domestic flights were planned during this period, an increase of more than 11% compared to the same period in 2019, in which about 148,000 flights were operated.

By mid-September, 29,694 travel agencies had resumed operations or 75.7% of the total, and group tourism had returned to about 40% of its previous year’s level.

Online travel agency activities had recovered to around 40% of the previous year’s level, and star hotel activities saw a 91% recovery rate.

According to the results of Rong360 ‘s survey, the respondents who planned to travel during the National Holiday vacations accounted for more than 60% of the total, which is a significant increase compared to the first half of the year; more than half of the respondents want to increase their budget for the National Holiday vacations, which presents good prospects for the tourism market.

Last year, seven million people travelled abroad to destinations such as Thailand, but with the restrictions in place around the world, many countries are currently banning travelers. 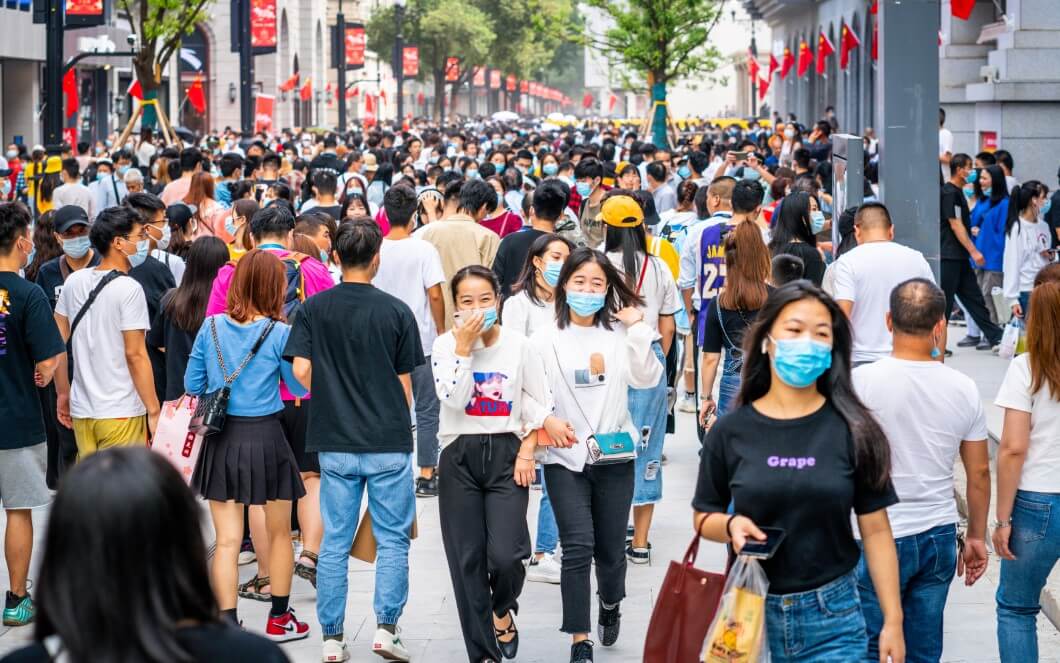 Why Is This Year Special?

The Golden Week of 2020 obviously falls at a very special time as much of the world is still experiencing restrictions or semi-confinements due to the second wave of Covid-19.

According to a survey by McKinsey & Company, the Chinese are reluctant to travel again after the coronavirus pandemic, nor do they plan to venture too far on their first leisure trip. The issue is important not only for the Chinese who have been traveling more and more in recent years but also for those who depend on Chinese tourists. Remember that Chinese tourists are known to spend most of their money abroad.

Of course, important travel restrictions remain around the world, but 43% of Chinese consumers stated last April that they would only travel between October and December, and 30% chose Golden Week as the period of their first post-coronavirus trip. 30% had decided to postpone leisure travel to 2021 or beyond.

Finally, 55% of respondents said they would stay in China on their first trip, which is consistent with the high percentage of domestic tourism in the country. Only 8% said they would like to venture abroad.

These figures are obviously to be taken with a pinch since the situation has deteriorated in Europe in recent weeks and could therefore force the Chinese to travel much more domestically.

This year’s Golden Week will have a very special flavor and will be under scrutiny from all sides. Indeed, it is the first major “event” to take place after the coronavirus pandemic in the world’s 2nd largest economic power. Strong growth in figures compared to last year could mean that the Chinese economy is experiencing a V-shaped recovery that could herald the explosive year 2021.