Are virtual tours the future of Post-Covid tourism? 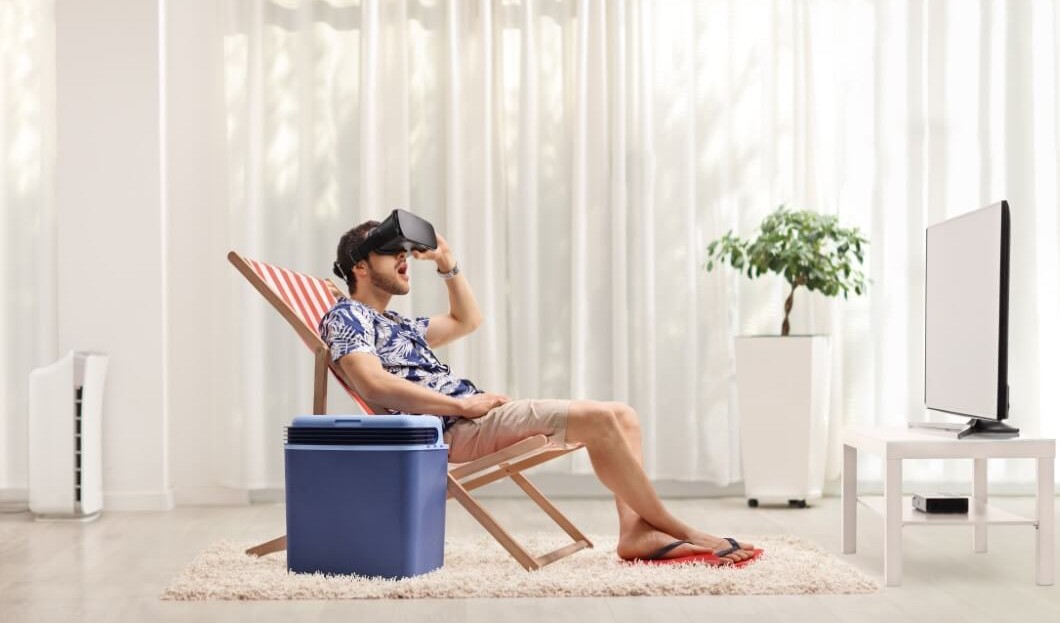 Faced with the constraints, many tourism sites have been able to show their inventiveness. Some projects, which could be perceived as too innovative or too atypical, were thus able to see daylight and achieve interesting success. Virtual reality (VR), which models an environment in 3D so that you can walk around it virtually, or 360° films, recorded via a camera with several lenses to get a complete view, are good examples. Will post-Covid tourism be more virtual?

Prior to the outbreak of the global pandemic, the use of virtual tours was still an object of study and experimentation for tourist sites or travel companies. This technology was still essentially used as a promotional tool for the physical site, as a complementary tool during the actual visit of a site or as a commercial promotion tool.

While experts are pleased with the continued interest in the Louvre, there are many questions about the economic model of these visits. There is a real demand (certainly forced by the confinement but existing), hence the possibility of creating a new form of visit (and tickets) to keep the site alive.

However, the principle of free access on the Internet comes up against the economic approach that a public museum could put in place. These virtual visits adopted by default during the confinement open the way to a new type of cultural services and some twenty of the world’s largest museums have embarked on the adventure of online visits. The technical choices remain very diverse: not all of them use immersive solutions, but large-scale experimentation is making it possible to democratize the use of this technology.

Four elements, however, can argue in favor of a new form of tourism based on virtual tours:

– The perception of the risks associated with the visit will take time to fade from the minds of tourists. Several studies have shown that the resilience of tourists towards “sensitive” destinations is long. Egypt, for example, has never recovered its tourism economy from before the geopolitical turmoil. Now, health risks, real or perceived, may therefore encourage virtual tours of sites, as this is a risk-free solution.

– The ecological impact of tourism. Regularly criticized, the ecological impact of tourism has mainly materialized by the absence of pollution during the confinement. Many tourist sites, such as Venice, have seen nature regain its place. Just as archaeologists use VR to visit sites that have disappeared, doesn’t the preservation of existing sites involve, in part, virtual visits?

– The reappropriation of places by the inhabitants. “Overtourism”, a word created to denounce the massive industrialization of certain tourist sites, has been a recurring problem for the last 10 years. Faced with a drastic choice of balance between the local economic fabric and the uncontrolled influx of tourists, several municipalities (Venice, Split, Barcelona, Phuket, etc.) are trying to bounce back to build a new economic model for tourism that is less dependent on the mass of visitors, therefore less subject to future problems of displacement, less impacting on the environment and better accepted by local residents.

– Finally, virtual tours have the power to democratize a luxury hitherto reserved for a minority: the private visit of a site. Who has never wanted to spend some time capturing the Mona Lisa’s gaze or the perspective of the Hall of Mirrors at the Palace of Versailles?

Virtual tours will not replace real visits in the post-Covid tourism times, any more than television has killed the cinema. It concerns only a part of the visitors, the most technophile, the most curious of explorations or those who do not have the financial means and/or the time necessary for certain trips. But it offers a high-quality alternative solution for accessing sensitive sites.

In an environment where the over-consumption of tourism has led to the appearance of tolls (at the entrance to Venice, for example), tourist quotas (as in the Güell Park in Barcelona), or even draws in the morning for a visit during the day (on the Coyote Buttes North site in Colorado, USA), the virtual tour offers a realistic and socially acceptable option.

It is also a tool for the democratization of knowledge and learning, allowing access to world-famous places and works with a minimum of material. In 1995, the Internet and its databases allowed democratization of knowledge. Provided that we succeed in proposing a sustainable economic model, we can guarantee that virtual tours will democratize access to the culture and beauty of major sites for a greater number of people and make the tourists enjoy the destination without harming the sites.

Travelodge: Search and book 500 hotels throughout the UK and Ireland
List your rental for FREE on HolidayLettings
Apple Vacations: America's #1 Tour Operator
Visit Sykes Cottages and browse thousands of hand-picked holiday cottages across theUK and Ireland
Cheap Holiday Deals 2016 - Book Holidays with On the Beach
Fly to Germany, Italy, UK or France at attractive low fares with Lufthansa
Leave a comment