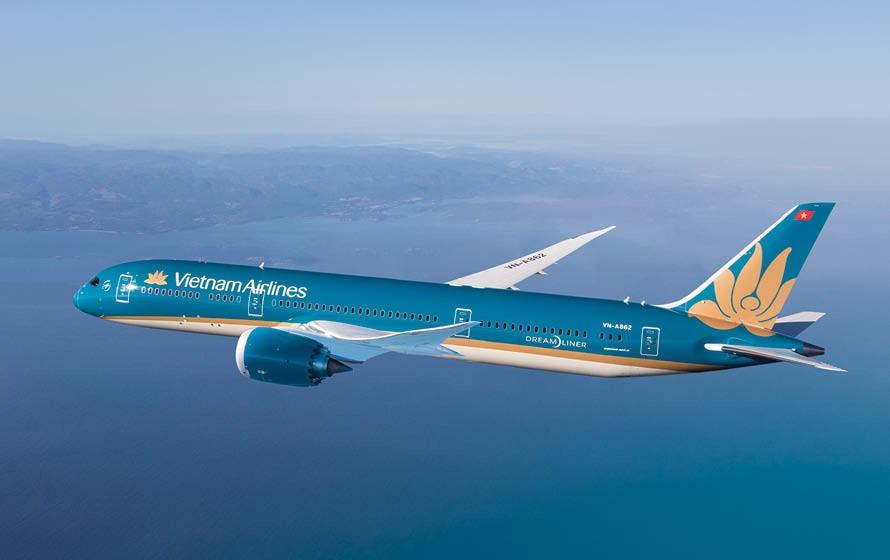 View the Macdonald collection of luxury hotels, resorts and spa hotels in some of the finest UK locations
Cheap Holiday Deals 2016 - Book Holidays with On the Beach
List your rental for FREE on HolidayLettings
Plan your trip with CheapTickets. Buy airline tickets, read reviews & reserve a hotel
Fly to Germany, Italy, UK or France at attractive low fares with Lufthansa
Travelodge: Search and book 500 hotels throughout the UK and Ireland

The flight: VN772 from Sydney to Ho Chi Minh City.

The plane: A Boeing 787-9 Dreamliner. This was five years old, one of the first of 11 Dreamliners in the airline’s fleet.

The airline: Founded in 1956, it has grown rapidly in the past five years. It has around 100 planes in its fleet including Dreamliners and Airbus A350s. It is expanding its international fleet and in the first half of this year saw its pre-tax profit grow to more than $110m. The Vietnamese Government is selling down its stake to 51 per cent.

Price: Booked six weeks out, Premium Economy seats were $685 one-way. Not much more than Economy. Find a good deal across the Tasman and a good connection time and you’re laughing. No matter which airline you fly with it’s going to be one stop at least — Air New Zealand couldn’t make non-stop seasonal services work.

On time: No — we were 20 minutes late getting away but made up time to land on schedule at Ho Chi Minh

The airport experience: Sydney Airport was rocking for an earlyish getaway. Premium Economy entitles you to priority check-in which was a breeze and the friendly staffer noticed it was my birthday and wished me well. You need a visa to get to Vietnam and letter you get from the embassy is not a visa, it accelerates the process to get a “land visa” at Ho Chi Minh where you will be asked for a further US$25 and if you don’t have one, $5 for a passport photo. A bit of a hassle and the lines to get through immigration were slow.

Fellow passengers: The PE cabin was only one-third full of Aussie tourists and Vietnamese heading home. The bassinets in Economy are at the front of that cabin and at the rear of Premium Economy so if a poor bubba is not enjoying itself you do get a bit of a blast. But it passes — have some sympathy for the parents.

The service: Attentive, but not rushed initially with drinks (water), but welcomed with a cool towel and then a round of drinks from the trolley an hour in. A good range of wine, beer and spirits and nut snacks. My doomed plea to get a fellow traveller further up the plane with me on our way to a Mat McLachlan Battlefield Tour was well handled, with an explanation, an apology and a smile. Sorry Gary.

My seat: 12A, a window seat in PE cabin which is arranged in 2-3-3 configuration. I had nobody next to me so had plenty of room to spread out. The seat itself was very roomy, a 42-inch (107cm) pitch, had a generous recline of 18cm, a leg rest and a footrest on the seat in front. In other words what Business Class used to be a few years ago before lie-flat became the norm. No need at all for a knee protector when someone in front goes to full recline but a little tight when getting in and out. It was good for a solid sleep on the way home, a night flight. Fairly conservative styling throughout. There was storage in the seat back in front of me and space against the cabin wall. Giant overhead bins.

Workspace: Tray table ideal height and solid. No USB port but universal socket in your seat takes your NZ plugs.

Food: Lunch was served about two hours into the flight. The choice was beef or fish and my fish with rice and steamed vegetables was okay, the ham salad was okay too and the cake and fruit salad were great. Served with real cutlery and nice heavy plastic plates. The Halida beer and coffee was a nice way to finish. There was a substantial snack about two hours before landing.

Toilets: Two at the front of PE, not huge but clean and always free with a light passenger load. They were stocked with nice moisturiser and mouthwash.

Entertainment: A 27cm screen in the arm rest fold-outs, offering a good selection of movies. It ranged from the usual Hollywood fare to a fascinating, raw Vietnamese movie about the December 1972 bombing of Hanoi by American B-52s — a rare occasion your inflight entertainment screens a movie showing aircraft falling from the sky in flames.

The final word: Vietnamese food is best eaten on the ground, but this was fine, go as spicy as you can. Premium Economy offers that important big personal space with, super-comfy seat and friendly crew. This was the first of four flights with Vietnam Airlines which, for two domestic sectors and the return night flight to Sydney, were efficient and by the book. The other flights were bang on time: a pity the market is not big enough for the airline to fly to New Zealand.