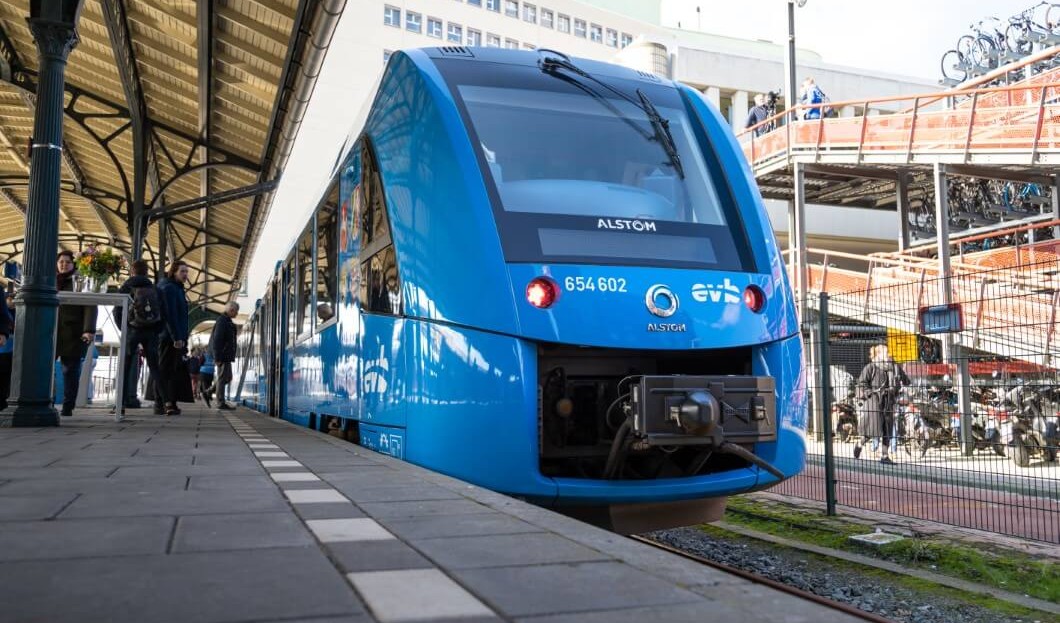 With the goal of cutting carbon emissions from fossil fuels, many transport companies have launched projects involving hydrogen-powered vehicles. Several countries committed to reaching carbon neutrality are expected to include hydrogen trains in their rail systems within several years. Moreover, Airbus has been working on hydrogen-powered aircraft.

Mysterious lakes, dramatic peaks and romantic Scottish castles are all possible to see in the world’s best and most luxurious scenic trains, like the Belmond Royal Scotsman. However, Scotland wants to take green trains even further and is working on a grand plan to develop hydrogen-powered trains for the country’s entire rail network.

It is an ambitious project: by 2035, five years ahead of the goal for the rest of the UK, Scotland wants its entire passenger trains to reach carbon neutrality.

The first of the trains is already underway and is expected to be unveiled in this year’s UN Climate change Conference (COP26) that will take place between November 1 and 12 in Glasgow.

The project goes beyond the launch of a new fleet of trains. In an even more revolutionary sustainability concept, the idea is to reuse existing trains, giving them new life but now emission-free.

According to Scotland’s Secretary for Transport, Michael Matheson, it has “the potential to be a game-changer for the future of Scotland’s rail rolling stock”. He said that the Rail Decarbonization Action Plan sets out to make the passenger railways emissions-free by 2035, but to maximize the UK’s climate change ambitions, there is also a requirement to look at what the country does with the retired stock. “If we can bring those back to use in a carbon-neutral way, there are huge climate gains to be made,” said Matheson.

In Germany, Deutsche Bahn plans to deploy hydrogen-powered trains by 2024. The German railway operator will run the trial using a Siemens hydrogen train based on the Mireo Plus H unit between Tübingen, Horb and Pforzheim which, according to estimates, could cut CO2 emissions by 330 tons a year.

The company claims that the hydrogen train will be as fast as current electric trains, with a top speed of 160 km/h and able to run for 600km. It will run on a fuel cell and a lithium-ion battery and, since it is a project to cut the carbon footprint, the electricity used will come from renewable sources.

Moreover, the Alstom hydrogen trains have already won several territories in Germany. By 2022, 14 additional units will be launched on the rails in Lower Saxony on behalf of the regional operator LNVG, and 27 in the Land of Hesse with RMV.

These programs and those to come have encouraged the German authorities to secure this development with distinctive regulatory and technical requirements.

Under the Federal Office of Railways, the German Rail Transport Research Center asked the TÜV Rheinland InterTraffic certification office to draft a standard as a prerequisite for the development of hydrogen-powered trains.

While tests of hydrogen trainsets have already made it possible to launch the first orders and to schedule the construction of 2 dedicated fueling stations, respectively near Frankfurt and Bremervörde in northern Germany, the federal government is worried about not having any specific safety regulations.

Before embarking on drafting a set of rules, the certification body intends to review all relevant national and international constraints and standards applicable to hydrogen-powered transport – both vehicles and fuel cell systems. An analysis will follow to estimate their transposition to rail mobility. Then, TÜV Rheinland InterTraffic will provide within 1 year a draft rail-specific standard for onboard hydrogen fuel cell systems in rail vehicles. Overall, the organization will manage the project, document the results of the work, and coordinate the working group. The latter will include experts active worldwide in the hydrogen-powered transport sector.

Hydrogen-powered Trains Even in Spain

In the case of Spain, a bit behind schedule, Talgo unveiled its Talgo Vittal-One, a commuter and medium-distance train that should begin its trial run at the end of 2021. If successful, the new hydrogen-powered trains would be implemented between 2022 and 2023.

For Airbus, as well, the future is hydrogen. The drop in air traffic did not stop the talks about the ecological impact of the industry. Among the projects for sustainable aviation is Airbus’s hydrogen-powered aircraft, a concept that it plans to use regularly in 15 years. The company has revealed three hydrogen-powered prototypes, which would cut CO2 emissions generated by fossil fuels.

The global aviation industry is responsible for 2.5% of the total carbon dioxide emissions, but when other emissions like nitrogen oxide, water vapor and the aerosol effect on the ozone layer are added, the total reaches 3.5%, according to the Manchester Metropolitan University.

Airbus aims to become the first company in using hydrogen as fuel, the most abundant gas in the universe. “Its use in synthetic fuels or as a primary energy source for commercial aircraft has the potential to significantly reduce the climate impact of aviation,” said Guillaume Faury, CEO of Airbus.

The zero-emission aircraft concept, named ZEROe, is made up of three projects. One is a design similar to single-aisle aircraft like the A320, capable of carrying between 120 and 200 passengers over a distance of 3,500km. This model, capable of transcontinental flights, would be powered by a modified gas turbine engine, which works by combustion of hydrogen instead of fossil fuel. The liquid hydrogen may be stored in tanks located behind the aft pressure bulkhead.

The second project is a smaller aircraft, powered by turboprop engines instead of the turbofan.

Hydrogen combustion would be used here in modified gas turbine engines, allowing these aircraft to carry 100 passengers over distances of 1,852km.

The third and final prototype, which may never see the light of day, is a mixed-wing shaped design, reminiscent of a delta wing aircraft. The wings are fused with the main body of the aircraft, and thanks to the very wide fuselage, several options for hydrogen storage and distribution would be possible.

Challenges on the Road to Zero Emissions

The CEO of Airbus however acknowledged that there is still a long way to go: “It is necessary to produce hydrogen in large quantities and in a non-polluting way.” The ZEROe concept would also mean a profound reform in airports given that none have the infrastructure to transport and store liquid hydrogen.

The company still studies how large quantities of this gas could be transported, which are stored in tanks at high pressure or in liquid form and at temperatures of -225°C.

There is also the issue of costs: fossil fuel is much cheaper to extract, refine and distribute.

If the entire industry shifts to hydrogen, passengers would have to forget about low-cost flights, putting a brake on the accelerated expansion that the aviation industry has experienced in the last 25 years.