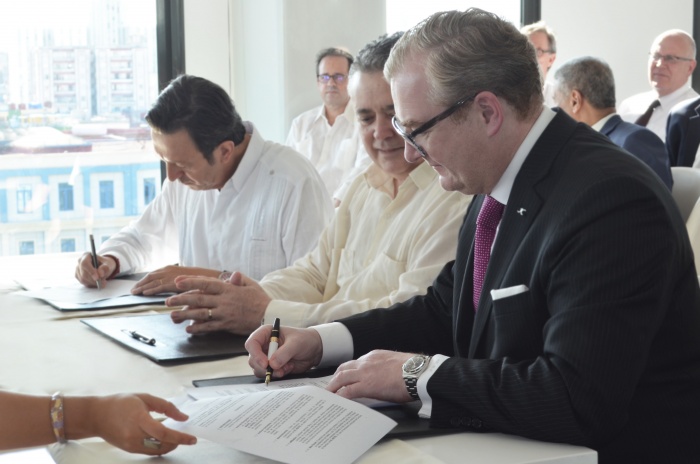 Send online today with Parcelforce Worldwide
Deep Discounts on Hotels, Flights and Rental Cars on Priceline.com
Enjoy your Vegas vocation with Caesars.com
Plan your trip with CheapTickets. Buy airline tickets, read reviews & reserve a hotel
Cheap Holiday Deals 2016 - Book Holidays with On the Beach
View the Macdonald collection of luxury hotels, resorts and spa hotels in some of the finest UK locations

Kempinski has extended its presence in the Caribbean with the signing of its third hotel in Cuba.

The latest new hotel, Gran Hotel Bristol, is expected to open by the end of the year.

Located one block from the Capitolio and only two blocks from the Gran Hotel Manzana Kempinski, the new hotel is situated in the UNESCO world heritage site of Old Town Havana.

With a history of more than 100 years, Gran Hotel Bristol will see the full restoration of an ancient hotel building.

A symbol of the old bohemian life of Havana, the property offered the then unusual comforts of private bathrooms and telephones in each room during its 1950s heyday.

While the original façade of the building will be been maintained, the interior is to be laid out in a contemporary design combined with local influences.

It will offer 162 stylish rooms and suites, including a presidential suite, five restaurants and bars, two boardrooms and a gym to cater for the modern traveller in a prime location.

“Partnering for the third time with Kempinski Hotels has an immense meaning for us,” said Carlos Miguel Latuff Carmenate, executive president of Grupo de Turismo Gaviota.

“We value the European high-quality standards and long-standing expertise of Kempinski and having worked with them for a while by now we count on another fruitful collaboration in the stunning Gran Hotel Bristol.”