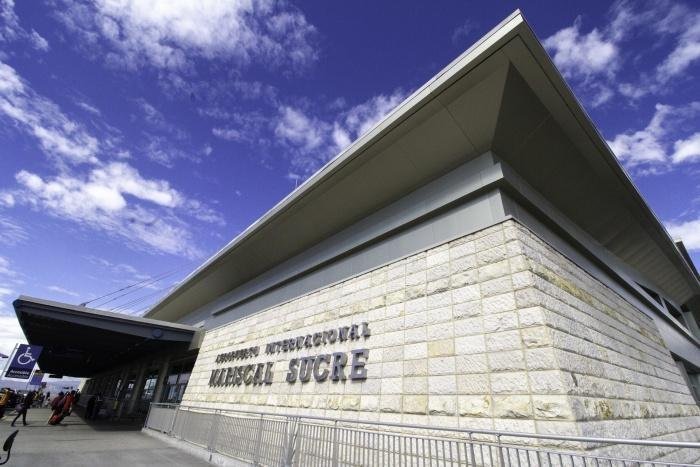 Quito, capital of Ecuador, has boosted its connections to the world.

In 2019 Santiago, Paris and Toronto will be reached thanks to new partnerships with LATAM, Air France and Air Canada Rouge.

Imagine being just one flight away from the famous Plaza de Armas in Santiago, being able to dine 500 meters in the air over Toronto at the CN Tower, or walking through the magnificent Champs-Élysées in Paris.

This will become a reality this year for residents of the city, as all the destinations will be added to the connectivity map of Quito International Airport.

They will join a total of 16 direct international destinations from Mariscal Sucre International Airport.

The secret behind successfully bringing new airlines to the airport lies in its route-development strategies, which seek to leverage the operational advantages of the airport.

Deals are done in partnership with the municipality of Quito, the ministries of tourism and of transport and public works, and bodies such as the Civil Aviation General Directorate. Quito is not only the main gateway to Ecuador and a necessary stop to reach the world-famous Galapagos Islands; it also has a strong tourist appeal on its own.

According to Quito Turismo, the sector generates approximately US$987 million per year in tourism alone, and it is projected that more than 700,000 tourists will arrive in the city in 2019.

The route-development strategy also positions Quito as a business destination, since it is a city which has not only the necessary hotel infrastructure, but also additional attractions for this sector.

The city is home to the Metropolitan Convention Centre, located in Parque Bicentenario, which was recently opened thanks to a donation from Aecon and the Airport Development Corporation, Quiport’s initial shareholders.

These new destinations announced by Air France (Paris), LATAM (Santiago) and Air Canada Rouge (Toronto) are added to the list of direct flights, along with Sao Paulo, which was inaugurated by Gol at the end of 2018.

The Brazilian airline has reported very positive numbers on their Paulist direct route, with which the whole of Brazil is open to passengers from Quito.

Moreover, in 2019 new options in existing routes will be opened, such as Peruvian (Lima) and Plus Ultra (Madrid).

Quito is connecting with an increasingly larger number of world markets through its airport, bringing more airlines and passengers to Ecuador and positively contributing to the development of the city and the country.

Visit the world's must-see destinations with P&O Cruises
List your rental for FREE on HolidayLettings
Vacation deals,travel specials and cheap hotel reservations on BookIt.com
Travelodge: Search and book 500 hotels throughout the UK and Ireland
Enjoy your Vegas vocation with Caesars.com
Fly to Germany, Italy, UK or France at attractive low fares with Lufthansa
Leave a comment