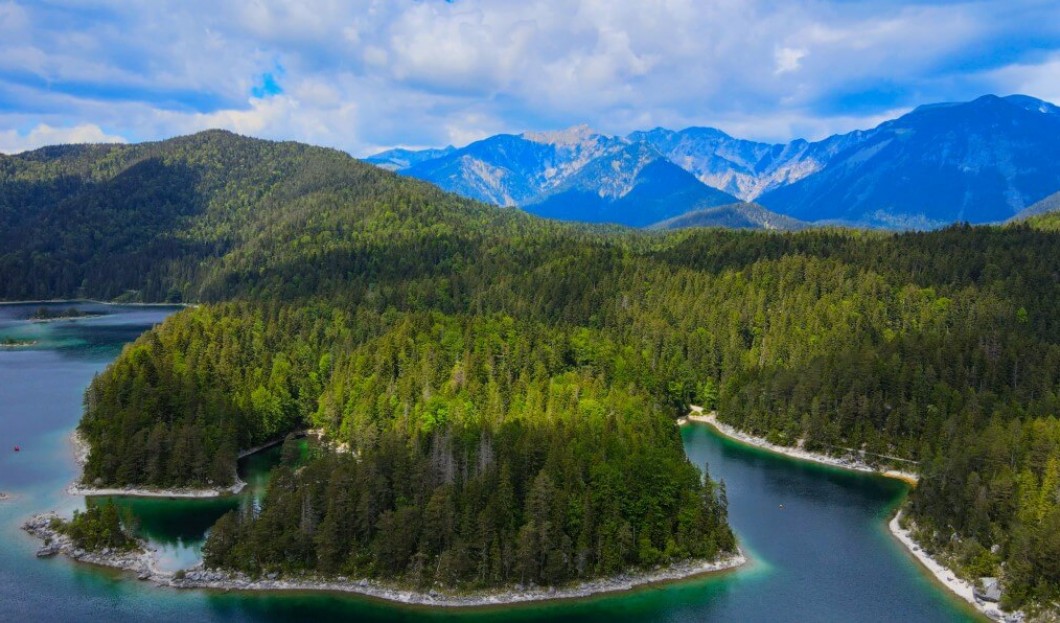 A castle, a brewery, a village shop, several farms and small guest houses, plus many hiking and cycling trails. This is Friedenfels in the northern Upper Palatinate. An unknown place which could soon become Bavaria’s top nature adventure village.

The town with 1300 inhabitants lies at the foot of Steinwald, a quiet mountain range with dark spruce forests, quietly gurgling streams and massive granite rock areas called bird rocks or saubad rocks. The highest point is 946 meters high. From there you have a wide view of the Fichtel Mountains and the Upper Palatinate Forest.

Nature-based tourism is a phenomenon that is being born here. The concept has been developed by the local Green party based on that of the Bergsteigerdörfer (mountaineering villages) of the German Alpine Club (DAV).

“The mountaineering villages maintain the original character of their localities and their mountains. They do it without cable cars, snow cannons and other technical developments of the natural landscape. Moreover, they pay attention to regional economic cycles and are committed to their farmers,” says Ludwig Hartmann, the leader of the party in Bavaria.

A Counterweight to the Alps?

According to the DAV’s catalogue of criteria, the main goal of the mountaineering villages is a balance between protecting nature and the cultural landscape on the one hand and environmentally friendly tourism on the other.

At the same time, this provides the local population with income and future prospects that they would otherwise not have. Kreuth, Schleching and Ramsau are the previous mountaineering villages in Bavaria and popular nature-based tourism destinations. They have been certified by DAV and Bavaria supports them financially.

The Green party would like nature-based tourism to follow the concept of mountaineering villages and at the same time be “a tourist counterweight to the Bavarian Alps”, which are suffering from an unprecedented fall in popularity in these Corona times.

Moreover, Hartmann has explained that Bavaria’s “one-sided tourism pull” ultimately leads to the overloading of Upper Bavaria and the Allgäu. “Bavaria has beautiful corners everywhere. In the Rhön, for example, in the Upper Palatinate and in the Bavarian Forest. But also, in the Fichtel Mountains, in the Franconian Forest and in the Spessart,” he added.

The Friends of Nature and Bavaria’s hiking association are in charge of the certification of nature adventure villages. And both organizations were immediately impressed with the concept presented by Hartmann.

And what do the people of Friedenfels have to say about the fact that their village may soon become Bavaria’s number one nature destination? “That would be a great opportunity for us,” says mayor Oskar Schuster. “With the certification, we would certainly find it easier to attract new visitors who value unspoiled landscapes.”