Rio’s Carnival Celebration Called Off Due to COVID-19 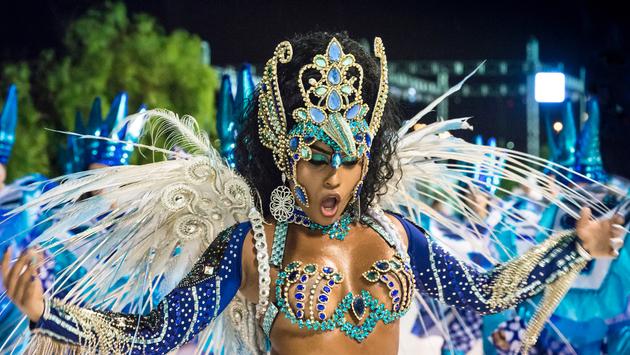 Rio de Janeiro’s signature, over-the-top Carnival parade has been canceled for 2021, due to the ongoing threat of COVID-19 contagion. Rio’s League of Samba Schools (LIESA) announced late last week that the coronavirus situation makes it impossible to safely hold the event, which was to take place in mid-February.

This marks the first time that the Brazilian capital city has called off its quintessential, yearly celebration since 1912, when Carnival was canceled following the death of the country’s long-time foreign minister.

To put it into perspective, that means that Carnival’s week-long festivities continued over the course of two World Wars, as well as under a military dictatorship’s rule between 1964 and 1985, although the government of the time censored floats, costumes and song lyrics.

While the decision to skip Carnival in 2021 is termed a postponement of the celebration, no new date has yet been set for the parade, the Los Angeles Times reported. “We don’t have the safety conditions to set a date,” LIESA President Jorge Castanheira told reporters on September 24. “We must await the coming months for [clarity] about if there will be a vaccine or not and when there will be immunization.”

Typically, processions of flamboyantly dressed dancers, singers and drummers, accompanied by elaborate parade floats, pack into the Sambadrome arena, while tens of thousands of spectators cheer from the stands and tens of millions more watch the spectacle on television.

Currently, the city is has set up a homeless shelter beneath the Sambadrome’s bleachers to house Rio’s most vulnerable population while the pandemic persists. When Rio de Janeiro’s governor set restrictions on gatherings back in March, the Samba schools suspended their usual float construction and costume-making preparations, dance rehearsals and social projects.

Carnival’s cancellation creates untold economic difficulties for the city’s population. “Carnival is a party upon which many humble workers depend. The samba schools are community institutions, and the parades are just one detail of all that,” Luiz Antonio Simas, a historian who specializes in Rio’s Carnival, explained in an interview. “An entire cultural and productive chain was disrupted by COVID.”

“It was a blow. We live Carnival all year round, and many people, when they realized everything would stop, wound up getting sick or depressed,” Diogo Jesus, the Mocidade school’s lead dancer and “master of ceremonies” told the Los Angeles Times. “Carnival is our life.”

Cheap Holiday Deals 2016 - Book Holidays with On the Beach
View the Macdonald collection of luxury hotels, resorts and spa hotels in some of the finest UK locations
List your rental for FREE on HolidayLettings
Deep Discounts on Hotels, Flights and Rental Cars on Priceline.com
Virgin Trains: Buy Cheap Train Tickets & Find Train Times
Fly to Germany, Italy, UK or France at attractive low fares with Lufthansa
Leave a comment