Uruguay will partially reopen its borders as of February 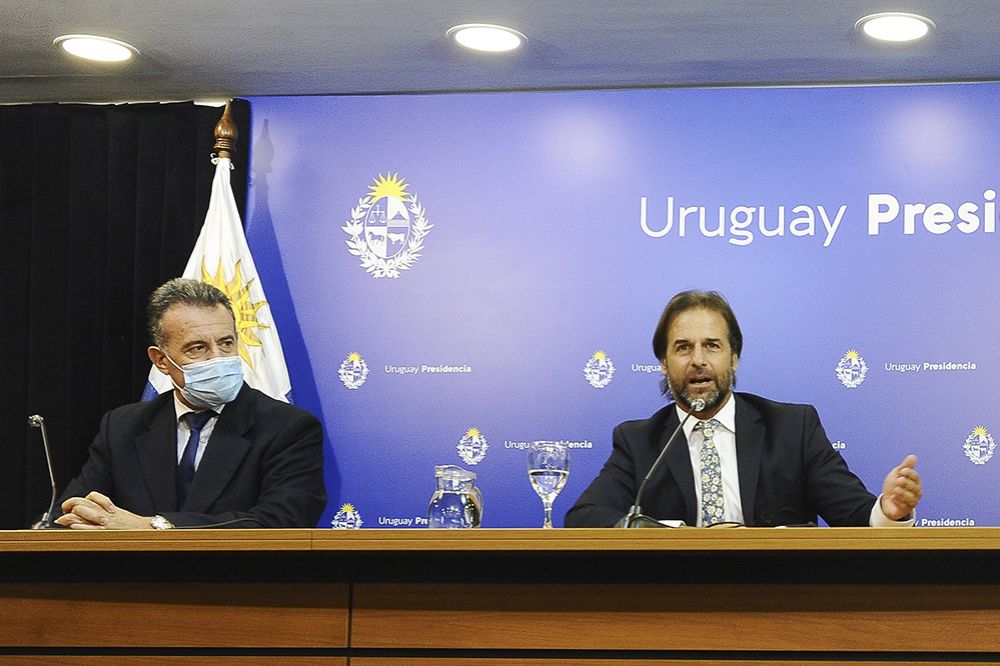 Uruguayan president Luis Lacalle Pou announced on Wednesday the partial lifting of the borders’ total closure which had been established last December 20, but all other measures that had been announced on that date remain in full compliance.

The measure becomes effective February first and will benefit Uruguayan citizens, residents in the country, and a list of exceptions. The announcement follows a cabinet meeting to assess the 20 December package which was scheduled to last until 31 January. The decision should also come as a boost for the tourism industry since Argentines with residence in Uruguay will be allowed to cross the River Plate. However, the Executive decided to rule out the arrival of foreign property owners.

“The lifting is partial and all other measures remain in full effect,” said the president who anticipated a very strict monitoring of the Public Health ministry with support from the Home Office and the Defense ministry. Personnel from the three ministries have been entitled to invite, persuade and if necessary take action when agglomerations are reported, particularly if they ignore social distancing and face masks. “We must ensure that quarantines comply.”

Regarding the vaccines which are expected at the end of February and early March, Lacalle Pou said that besides suppliers Pfizer and Sinovac, (some 3,7 million doses), Uruguay is holding talks with three other labs.

The president, at the press media next to the Executive’s Secretary Alvaro Delgado and Public Health minister Daniel Salinas, also replied to a controversy regarding the supply of the Chinese vaccine by the Butantan Institute in Sao Paulo, entitled to manufacture the product.

“We’re not going to enter in the commercial controversy between labs, billions of dollars are involved as well as countries’ prestige, what I can say is we have a signed document from the official representative of the Sinovac lab for the sale and supply to Uruguay,” explained Lacalle Pou who showed a binder, adding he had brought it along because he was expecting the question. “Anyhow when I negotiate I do it trusting the good faith of the other side, and I’m fully responsible for what I have done.”

Further on the president added that “yes in effect all vaccine contracts have confidential clauses, and my options were such a contract with confidential clauses or no vaccines. Thus I and only me are responsible for the decision.” All countries have been faced with the same situation, underlined Lacalle Pou.

Asked about the visit of the Russian ambassador and the possibility of making the Sputnik V vaccine in Uruguay, Lacalle Pou said that the conversation was private, and the offering, if it did occur, is something long term, since the urgency now is to have Uruguayans vaccinated.

The president repeated that immunization in Uruguay will be voluntary, “but receiving the shots is a good thing; we are enjoying a solidarity freedom, and this not only it applies to me, but to protecting the rest of the community, as the health minister has said, it’s a moral and ethical issue.”

He added that the world is heading for a “sanitary passport,” for many things including traveling, and most probably they will be issued by Uruguay.

When the vaccines arrive, we are going to launch an information campaign emphasizing the good reasons for being inoculated; I am convinced Uruguayans will have the shots, they are responsible towards their neighbor and community, as a country we have a long experience with vaccines and we also have the infrastructure.“

Finally in reply to a question about mobility, and the possibility of limiting it, Lacalle Pou asked what exactly is meant by lesser mobility. ”Mandatory quarantine? Don’t we want people to go to their workplace we already have distance work. On the other hand going to the beach, to a park, to an open space, a green place, is recommended by the WHO office, because it is good for people. Besides the dangers of the pandemic, there is silence, mental disease, the stress that has generated, the anguish. People who spend all their time at their homes, they have the right to come out, stretch their legs, and even more if they respect the social distancing measures.“

Finally, Lacalle Pou referred to criticism from the opposition, ”I want to make it clear as the coordinators of the advisory scientific group have mentioned, Rafael Radi and Henry Cohen, let us not politicize the pandemic because if that happens, not only it will be the end of the unified front, but also creating an even major problem.“

On Wednesday Uruguay’s Emergency Scheme reported 652 new Covid-19 positive tests and six deaths in the last 24 hours. This means that since the start of the pandemic last March, the country has recorded 39,328 positive cases and 407 deaths. Of the 39,328 cases, 31,598 have recovered which means there are 7,323 active cases. Likewise, some 56,8% of the ICU have Covid patients.

In related news, the Uruguayan Ministry of Defense announced a Hercules C130 is flying to the US to collect several ”ultra-freeze” units which will be part of the inoculation logistics.