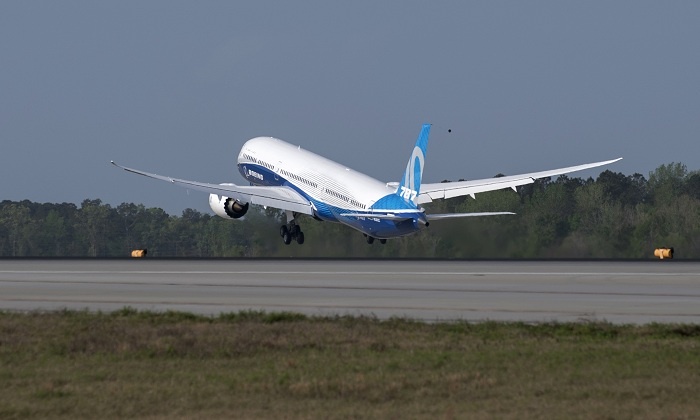 Deep Discounts on Hotels, Flights and Rental Cars on Priceline.com
Cheap Hotels, Discounts, Hotel Deals and Offers with Hotels.com
Cheap Holiday Deals 2016 - Book Holidays with On the Beach
List your rental for FREE on HolidayLettings
Book your flight with Virgin Atlantic
Travelodge: Search and book 500 hotels throughout the UK and Ireland

The European Union has been given licence to impose new border taxes on up to $4 billion on goods from the United States annually as punishment for subsidies provided to Boeing, the World Trade Organisation has ruled.

The decision is the latest step in a long-running feud between the United States and European Union over state subsidies for the plane manufacturer and European rival Airbus.

Last year, the trade body cleared the United States to impose tariffs on $7.5 billion in taxes on good from the European Union.

However, the United States argued Europe should not move forward with tariffs of its own.

The EU says the same is true of US tariffs imposed against subsidies to the A380 plane – which is being taken out of production.

“Because Washington State repealed that tax break earlier this year, the EU has no valid basis to retaliate against any US products,” Lighthizer said.

“Any imposition of tariffs based on a measure that has been eliminated is plainly contrary to WTO principles and will force a US response.”

However, according to Airbus, the EU commission has already completed its public consultation on the planned countermeasures and has published the preliminary list of US products they will apply to, including Boeing aircraft.

“Airbus did not start this WTO dispute, and we do not wish to continue the harm to the customers and suppliers of the aviation industry and to all other sectors impacted,” said Guillaume Faury, Airbus chief executive.

“As we have already demonstrated, we remain prepared and ready to support a negotiation process that leads to a fair settlement.

“The WTO has now spoken; the EU can implement its countermeasures. It is time to find a solution now so that tariffs can be removed on both sides of the Atlantic.”

Airbus added it fully supports the EU commission in taking the necessary action to create a level playing field and seek a long overdue agreement.